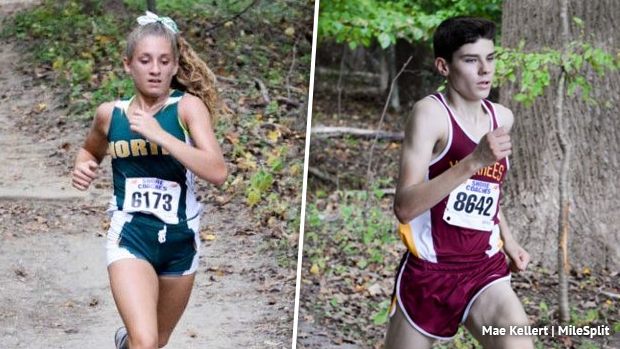 The NJ #1 North Hunterdon rolled to its third title in a row and the NJ #10 Voorhees boys made it five straight titles at Thursday's Hunterdon-Warren-Sussex Championships at the new layout at the Phillipsburg Athletic Complex.

Romero finished 24 seconds in front of defending champion Justin Cornetta of Hunterdon Central, who placed second (16:39) in his first race since January. Cornetta, one of the state's best distance runners, had been sidelined with injuries.

In the girls competition, North Hunterdon's all underclassmen lineup swept the top three places as part of a 1-2-3-8-13 finish as the Lions defeated NJ #7 Voorhees, 27-47. North Hunterdon, which averaged 19:48, was led by sophomore Chloe Gonzalez, the individual winner in 19:07.

Next up for North Hunterdon is a showdown with NJ #3 Ridge at next Thursday's Skyland Conference Championships at Natirar Park in Gladstone.

There were some notable absences from this meet.

NJ #5 North Hunterdon held out its top boys and Alexa Westley of Warren Hills, the 3,200 Meet of Champions winner last spring, skipped the meet because they are gearing up for Saturday's Eastern States Championships at the Manhattan Invitational at Van Cortlandt Park.