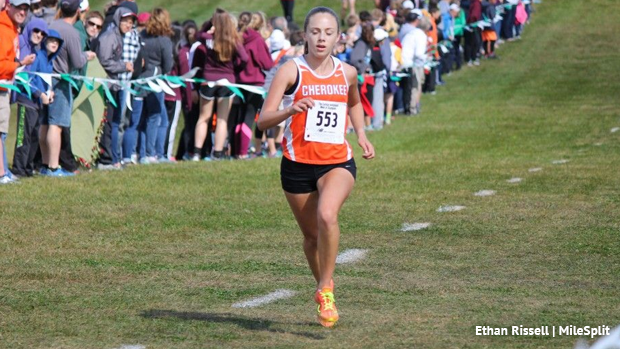 When combining the whole meet's worth in performances Cherokee actually moved up to third overall thanks to a great run by Ethan Wechsler who won the junior varsity race with a time of 16:37. He broke into Cherokee's top three on Saturday based on time!

Cherokee's Kate Rathman won the girls championship race, the sophomore crossed the line at 19:06 with over a 20 second lead. As a team they finished fifth in the championship scoring with 229 points and a 20:27 average. When looking at the merge they ranked 21st out of 68 total teams. The rest of their scoring five: Sophia Eick 19:50, Shannon Young 20:19, Riley Gleason 21:22, and Kayla Fericy 21:35.