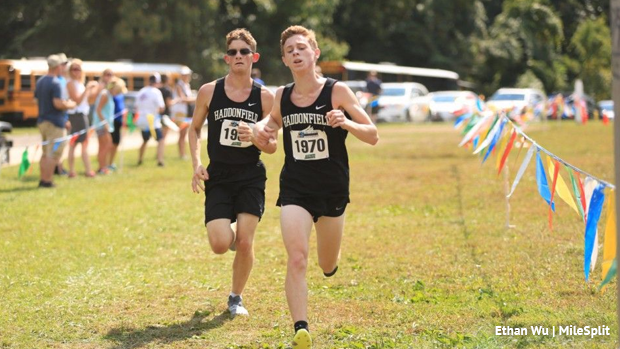 New Jersey had a successful day at Briarwood on Pennsylvania this weekend, let's take a look at the highlights and merges.

The boy merge was led by Pennsylvania's Rusty Kujdych of Neshaminy who won the Championship Race with a time of 15:51, the only athlete to go under 16 minutes on the day. While we didn't have the top finisher we didn't have to go too far to find the top New Jersey performance thanks to Colin Kane of Delsea. He was fifth in the the Championship race as well as the merge running a time of 16:31. With only seniors ahead of him Kane was the leader of only three juniors in the top ten overall, Ben Woodward of Highland Regional and Greg Eisenhower of Haddonfield the other two junior competitors.

Team wise Haddonfield had a very solid day of running, on both the boys and girls side of things. The boys squad won the Challenge Race with 57 points and when combining all the races they were still second with 148, only behind a talented LaSalle (PA) team who totaled 115 points and averaged 17:09. Haddonfield's strong weekend was led by a front loaded top five. The aforementioned Greg Eisenhower with the 10th fastest time of the day at 16:50 and sophomore Martin Riddell just a step behind at 16:51 the 11th fastest. The team averaged 17:22 and split 1:07 between their scoring five. Check out the full merge to see how well the rest of New Jersey ran at Briarwood. 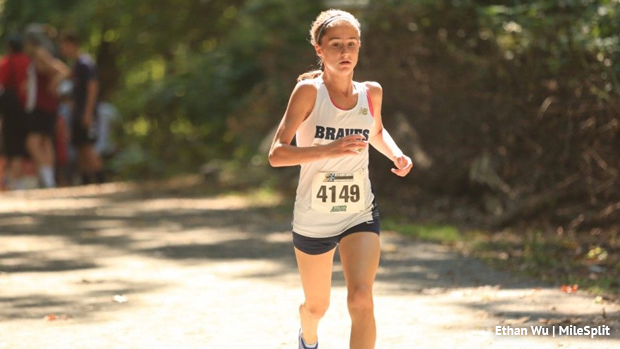 New Jersey's young stars shined bright on Saturday. While the top ten in the merge consisted of mainly out-of-state seniors, New Jersey had two sophomores and a freshman. We were led by Indian Hills sophomore Corinne Barney who was fourth in the championship race running 19:18, her sister Madeline Barney finished eighth and ranked 10th overall at 20:34. Haddonfield's Allison Colflesh also ran 20:34 to tie for 10th in the merge, she placed third in the Challenge race. The fastest time of the meet went to Olivia Beckner of South Lakes (VA), she won the Championship Race with 18:40.

The team standings and merge reports also fared well for Haddonfield and Indian Hills. Haddonfield, who was second in the Challenge Race with 66 points, held on for fourth when combining the entire meet scoring 147 and averaging 21:27. What's so impressive about this squad is that their scoring five consist of three freshmen, a sophomore, and a senior.

Indian Hills, a young team as well, wasn't far behind scoring 164 in the merge and averaging 21:18, they finished third in the Championship Race with 109 points. The best team performance of the day went to Pearl River (NY) with 104 points in the merge and an average of 21:00, they had won the Challenge competition with an impressive 35 point total.

Remember you can view the full statistical report and merge through the links provided.