Over the weekend Group 1 Relays brought some great performances, especially from athletes doubling and tripling to help their team to the next level.

The boys title was won by Willingboro with 52 points winning four different events. Their 4x200 meter ran 1:33.41 to set the Group 1 meet record previously held by Haddon Heights at 1:33.89 since 2013. Also on the track their shuttle hurdle relay team ran 31.21 NJ#6 and the 4x400 meter team finished the meet on top running 3:31.74. In the field they won the high jump thanks to Rico Patterson clearing 6-0 and O'Ryan Turner 5-10. This was Willingboro's 15 overall title at the state relays, moving them up the list for second most all-time.

Outside of the team championship there were other boys performances worthy of a shout out. The McNair Academic boys for one had the same four athletes win both the distance medley and 4x800 meter, these were quick times too. In the DMR they ran 10:41.91 all alone which is NJ#11 this season and during the 4x800 meter they posted a winning time of 8:09.17 NJ#7, you can watch their interview below. The four include are Marcus Hardy, Younass Barkouch, Fahd Nasser, and Haig Rickerby.

Also on the boys side in the shot put Giovanni Gutierrez of Saddle Brook continued his great season throwing 58-7.25, already ranks NJ#2 with a 58-7.5 throw from the NJIC Championship.

The girls meet was won by the Mountain Lakes girls, their first state relay title in school history, scoring 44 points. This track and field squad won four events on the track, a huge effort by many girls who doubled and tripled as said in the interview below. Their wins came in the distance medley 12:48.88, 4x800 meter 10:03.87, sprint medley relay 4:19.39 NJ#9, and 4x400 meter 4:11.94. That 4x400 meter win that ensured victory came out of the second to last heat! 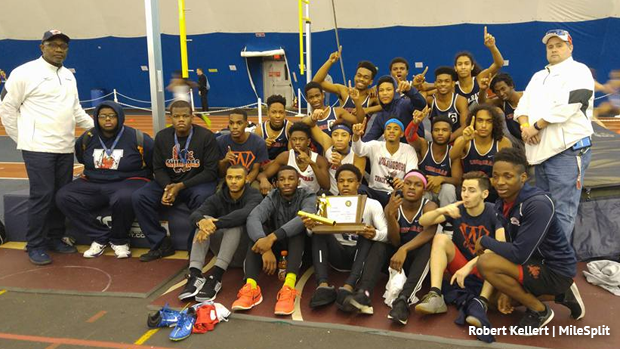 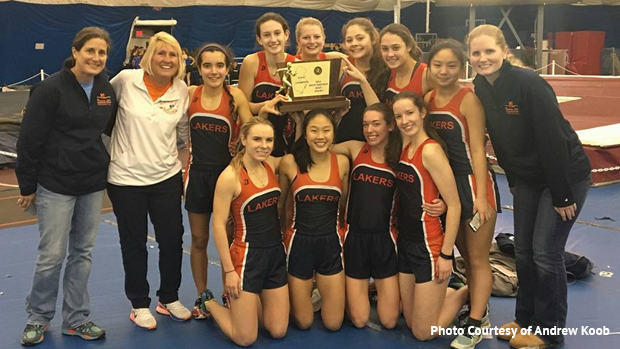