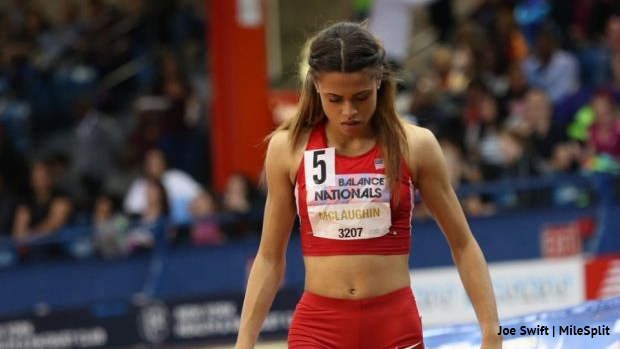 Track and Field star Sydney McLaughlin of Union Catholic now has a 20 plus foot long jump on her already impressive resume.

On Saturday at the Armory in New York City during the AT&T Coaches Hall of Fame Invitational McLaughlin leaped to a 20-07.25 mark in the long jump. This is the first meet we've seen her compete in since her Olympic run in the 400 meter hurdles this past summer. The performances has her as the US#1 so far this winter and moves her right up the list to other past New Jersey high school greats in the event such as Carol Lewis and Keturah Orji, see below all-time New Jersey rankings.

McLaughlin has had two previous indoor jumps and six during the outdoor seasons. Her previous PR was set in 2015 at the Varsity Classic when she marked 19-04. On Saturday night she hit two straight 19-10.5 jumps to open up the event and then finished with he third and final attempt at 20-07.25.

We could see her attempt more jumps this season. No event is safe!