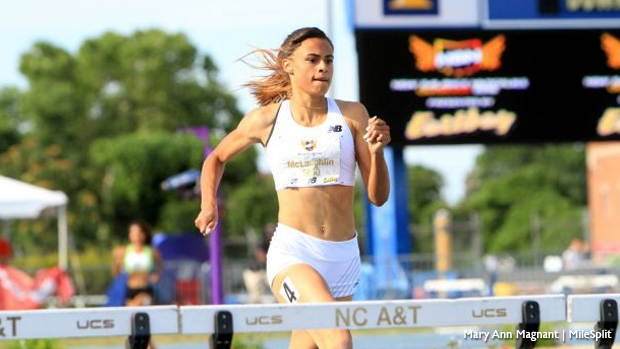 Announced on Monday by the USATF website, Sydney McLaughlin has been chosen as the Youth Athlete of the Year.

The Union Catholic high school senior, a 2016 Olympian in the 400 meter hurdles, owns the world junior record in the hurdle event with a time of 54.15. She also announced this month that she'll be attending the University of Kentucky next fall.

McLaughlin will be honored with the award this weekend on Saturday, December 3rd, at the Jesse Owens Awards in Orlando, Florida.

"This has been the most incredible year of my life," McLaughlin said in response to the award news. "I couldn't have achieved what I did this year without the constant support and guidance of my parents, my brother, and my coach and teammates. I'd like to thank USATF for this amazing honor, as well as all the fans who voted for me."