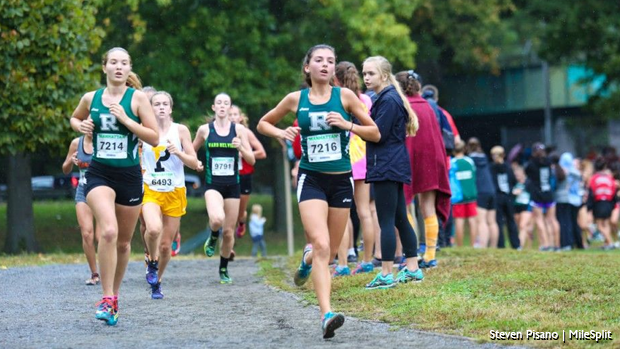 The NJ#2 ranked Ridge girls continued their great season with a big win at the Somerset County Championships on Thursday. The squad scored 21 points averaged 18:57 and split only 45 seconds between their scoring five. They were led by a one two punch of junior Caitlin Haggard and senior Catherine Giuseffi who finished with 18:36 and 18:48. Claire Jones also finished under 19 minutes in fifth with 18:58.

NJ#4 ranked Hillsborough was also in this race and finished second as a team with 85 points. They were led by junior Chloe Wong in fifth with a time of 18:58.

Five girls went under 19 minutes in total, to add to those mentioned above Nicole Vanasse of The Pingry School was in third 18:55. 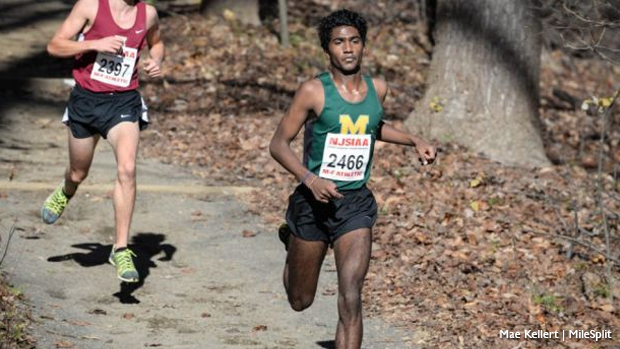 On the boys side William Hill of Franklin Twp brought home yet another trophy winning his county championship with a 15:53. That was his fifth win of the season at an invitational and or championship quality meet. He had some strong competition for that fifth win though with Ajay Sarathy of Montgomery in the race. Sarathy took second just three seconds behind at 15:56, they were the only two to run under 16 minutes.

Montgomery wouldn't put Sarathy's second place finish to waste as they scored 49 points and averaged 16:41 to seal their county championship. Robert Tidona and Dillan Spector finished fifth and sixth to help that cause both crossing the line at 16:44. See their full team summary below.