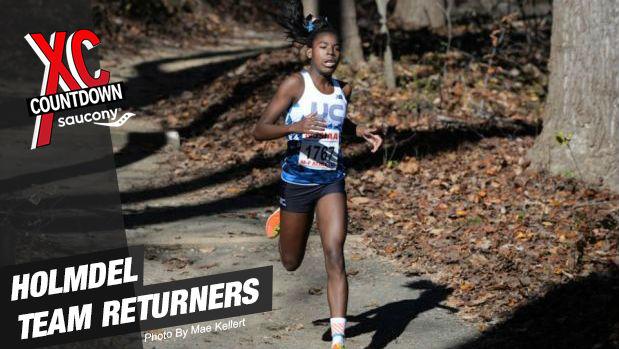 Here is the next installment from our Holmdel Team Returners series, we will be releasing the complete girls and boys top 30 list throughout the rest of August. These lists are completely statistical and created by scoring returning times for each team on the state championship course, the historic Holmdel Park. We will be releasing a subjective ranking before the season starts as well.

View the 16th through 20th ranked girls teams by advancing the slideshow article via the 'Next' button. If you would like to see the full girls 127 team deep list now then click through here.

*Originally this team was listed as 21st, however due to some fixes with grade years removing athletes ahead of them Randolph has moved up to 20th.

The loss of Nora May McSorley from last year's squad is big but there is plenty of experienced talent to round out the rest of the team. Their star freshmen from 2015 is also a another year older and ready to lead the way with her sub 19 minute time at Holmdel. Loveys is the seventh fastest individual returner from last season at historic Holmdel and the first sophomore. Her time of 18:52 coming with her 12th place finish at the Meet of Champions.