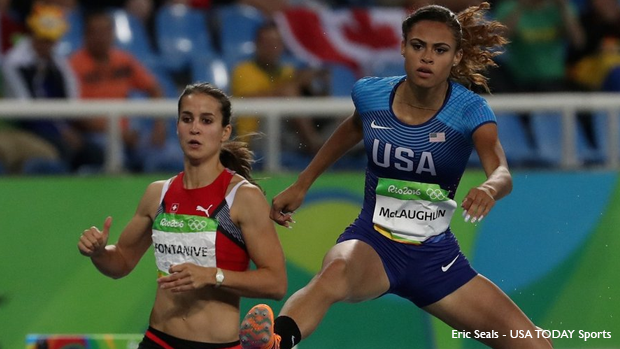 New Jersey's own Sydney McLaughlin, the youngest U.S. track and field athlete to compete at the games since 1972, had her first taste of the Olympic stage Monday night. She ran 56.32 in heat one of round one of the women's 400 meter hurdles and advanced to the semi-finals among the extra six time spots. She ended up the 21st fastest time among all the round one performances.

After finishing fifth in her heat she had to hope to advance on time with the extra six wild card spots, the top three finishers from each heat automatically advanced.

The 17 year old's next race will come Tuesday night when the semi-finals kick off around 8:10 PM. McLaughlin has a career best of 54.15 which she ran this summer at the Olympic Trials, the world junior record, she'll need to bring that same type of performance to advance to the finals.

Interview with Sydney when she qualified for the Olympic team this past July.