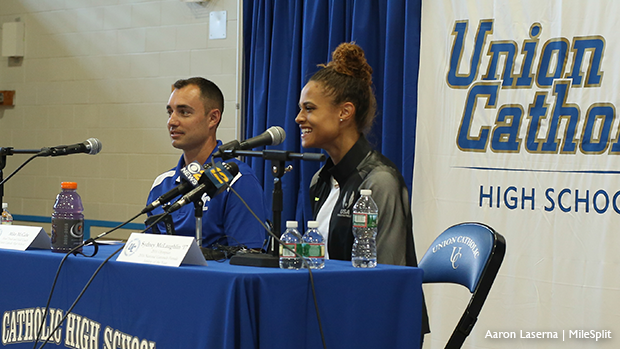 As for most teenagers across America, the summer leading into their senior year of high school is a time jam-packed with balancing impeding college decisions, driver's tests, and summer jobs, with managing social lives and social media. For Union Catholic's 16 year-old Gatorade Female Athlete of the Year Sydney McLaughlin, add a trip to the Rio 2016 Olympics into the equation and you get a mixture of what Sydney had described in one word as being "overwhelming".

One of the biggest takeaways from Sydney's press conference Wednesday afternoon was the importance of her trying to maintain enjoying being a 16 year-old, despite the pressures and anxiety that comes along with competing in the Olympics. Although the opening ceremony begins on August 5th, she is choosing to spend her birthday with friends and family on August 7th, and then arriving in Rio de Janeiro on August 9th. When one reporter had asked what her ideal birthday gift would be, expectations were an Olympic medal - her choice was a new iPhone. Her driver's test and post-high school decisions are still in the air, but she is taking it one thing at a time.

"I remember watching (the Olympics) when I was 6... I called my mom and said, 'I want to be like them one day."

However, Sydney's journey was one that was not as picture perfect as it may have seemed, despite her numerous record shattering times and countless championships. As she spoke about external issues, struggles with illness as well her mother suffering a heart attack at the beginning of the spring season, what had really become evident was her sense of poise and maturity at such a young age. Instead of succumbing to her emotions, her ability to channel her energy and frustration on the track was the major key to her success.

"To deal with those I turned to track and I would take my anger out on the track. And I think everything kind of happened for a reason because when there is a struggle, it got me to where I am. It was frustration. When I'm on the track, no one can tell me I am wrong. That's the one place that I don't have to deal with the pressures of the outside world. Practice was where I could get my mind off all of that." 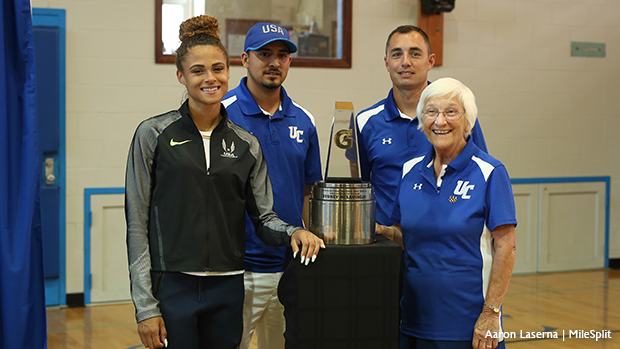 While she represents team USA in August, the only thing on her mind is running her own race.

We can only expect to see more growth from Sydney as an athlete and individual for years to come, but at this point, it is important for her to enjoy being a kid. This summer's journey to Rio is just her next big step to becoming one of the greatest of all time. 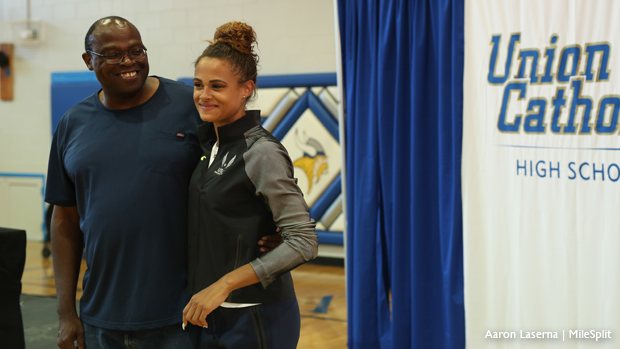