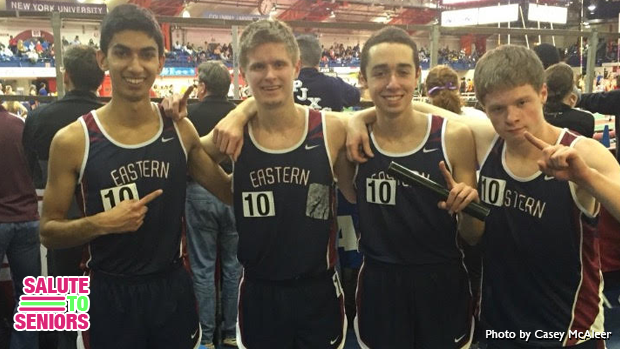 Here is the next entry in our new series on NJ MileSplit, with so many seniors heading off to bigger and better things we wanted to give everyone a chance to salute them one more time. As well as to invite those seniors to tell their stories from the past four years. If you would like to partake in these articles here is how, we'll be posting all June and July.

Next up is Josh Chazin who was a part of the talented Eastern Regional Distance Medley team this year. He has two individual group state championship appearances as well as a Meet of Champions qualification where he placed 13th in the 3200 meter this past indoor season running 9:29.63.

What was your most memorable race//moment?

My most memorable race was definitely the Group 4 3200m this past winter.  Group 4 is notoriously stacked on the distance side, so I was very nervous going in with minimal postseason experience.  My coach told me all I had to do was stay in contact with the top group for the first 12 laps and the last 4 laps would take care of themselves. For a mile I sat in 8th place, but all of the sudden, people started to drop off and it became a group of 5 with 800 meters left.  Finishing that race under the 9:30 barrier and getting a chance to compete with 11 of New Jersey's best runners was an absolutely unforgettable experience.

My biggest competition (and unfortunately for us, most common) was Cherokee and Cherry Hill East.  Cherry Hill East is in our conference, county, and section, and their distance prestige throughout the last four years has helped our team set goals for ourselves.  Cherokee is also in our conference and section and because both of our varsity squads are very 3200-geared, we're able to push each other in dual meet workouts and big races.

Hands down biggest accomplishment was qualifying for Penn Relays with my teammates this year for the DMR Championship of America. At the beginning of winter we didn't even medal in our group for the DMR, but we made some small adjustments and eventually qualified for Eastern States so we could race schools such as Fordham Prep and Haddonfield, hoping they would help us run a fast time.  Our coach told us we were going to break our school record of 10:24, we didn't believe it. Long story short, we all ran the races of our lives and broke the school record in 10:22, vaulting us into Penn Relays and a US #11 time (we were 4th in the race too).  I don't think I've ever been happier after a race, and being able to share that moment with my teammates in getting a chance to race at Franklin Field was a dream come true.

If you could do it all over again what would you change about your running career in high school?

I would have run cross country and winter track freshman year, I was definitely lazy.  It might have allowed me to start maximizing my skills and talent a bit earlier.  Otherwise I wouldn't change anything, everything that has happened over the past four years made me the runner I am today. 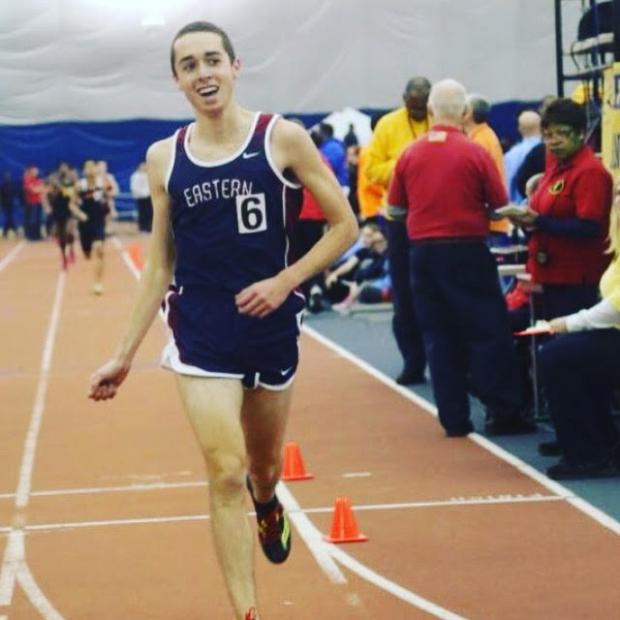 Photo by Aaron Laserna for MileSplit

A few days before my first cross country race senior year, I sustained a stress reaction in my right shin, which is basically the last step before it breaks, and it forced me to miss the entire season.  After spending over two months training both in and out of the country it was absolutely terrible to let my team down before I could even race twice.  The other major obstacle I faced was attempting to mentally recover from being tripped 150 meters into then Penn Relays DMR.  I don't think I talked to anyone outside of my teammates and family for two full days after, thinking that I pretty much let everyone down even though I realize now it was mostly unlucky.  Thanks to my coach and closest teammates, I was able to get back and have some good races over the next week or two.  While I would have and still would give anything to have given my teammates a chance to race well at Penn Relays, it's probably made me mentally stronger at this point.

I'll definitely miss having my two training partners, Cole Pschunder and Vipul Bhat, to run with everyday, and just generally the hype that comes with New Jersey cross-country and track and field.  The feeling of racing in front of my teammates and friends is unrivaled.

There is absolutely no limit to how hard you can work.  I learned this after having to spend two months cross training and working my way back into successful shape this past winter.  An old coach once told me that any day is a day to gain an edge, that there's always an opponent working when you're not. 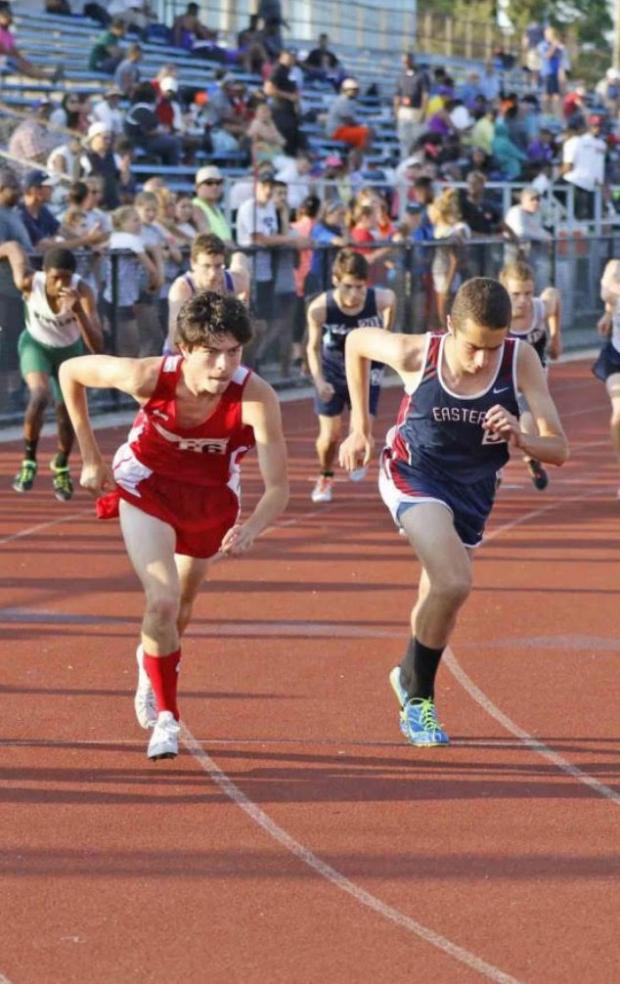 My coach, Casey McAleer, is unarguably one of the most passionate people out there when it comes to running.  He helped me achieve times this year I didn't think were possible after junior year, especially after cross country, and seeing his excitement after our work pays off is unbelievable.  Our assistant coach Alex Bruno trained with us this year, not only going on easy runs with us but pushing us through intervals and tempos. Some days he'd hang on to us, while some days he would lead us, but regardless, his assistance and calming attitude before races and workouts was vital to our success this year.

I will be attending the University of Pennsylvania and will attempt to walk on to its distance program after training this summer.

Thank you to my parents for coming to almost every race, my teammates for helping me grind through four hard years of thousands of miles, and my coaches for being extremely passionate and dedicated to us. Also, thank you to New Jersey distance running for being ridiculously competitive, especially those in Group 4 and those in South Jersey!

High school running is definitely like nothing else, especially in New Jersey, and it doesn't last forever so cherish the competition and enjoy succeeding with your teammates.