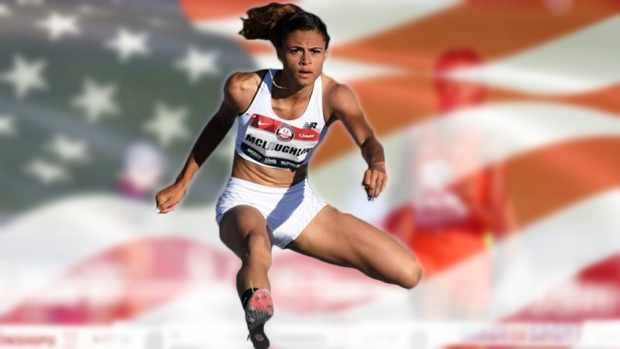 Sydney McLaughlin has done it! The 16 year old track star from New Jersey has qualified for the Rio Olympics.

After sticking with the best the nation has to offer McLaughlin crossed the line in third at 54.15. The winner Dalilah Muhammad took the race out early to set a tone and finished with a meet record 52.88 well ahead. The rest of the field had a tighter race for the final stretch but Ashley Spencer, 54.02, and McLaughlin earned themselves second and third to make the Olympic team.

The young New Jersey star broke the world junior record for the event, she already held and improved the american junior and national high school records. The previous world junior record was held by China's Wang Xing who set the standard at 54.40 in 2005.

Sydney McLaughlin is GOING TO THE OLYMPICS!!!! Third in the 400 hurdles running 54.15! @milesplit

McLaughlin had reached the Olympic Trial finals running times of 55.46 and 55.23 in the qualifying and semi-final rounds earlier in the week. She is only a junior at Union Catholic High School in Scotch Plains, New Jersey and will be turning 17 this August making these feat even more impressive.