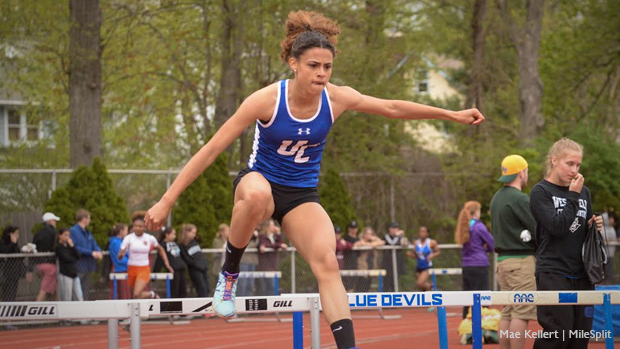 Sydney McLaughlin broke a national record from 1984 on Sunday at New Balance Nationals! Only a junior, she put on a show running 54.46 to win her third straight national championship in the 400 meter hurdles.  That is a US junior record and #2 All-Time U-20 in the world!

The previous national record was held by California's Leslie Maxie at 55.20.

McLaughlin had already set the meet record last year when she ran 55.87. With another national title under her belt this New Jersey great will be turning her attention to Olympic Trials this summer!