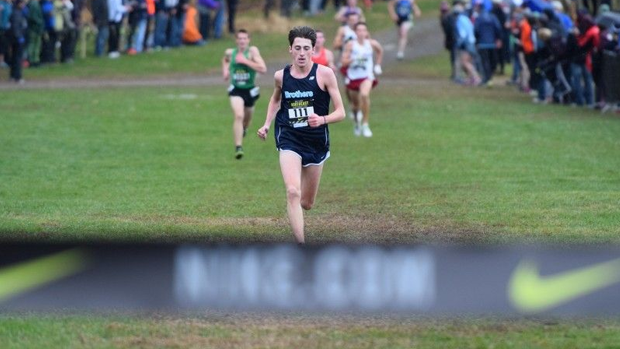 At Bowdoin Park in Wappingers Falls, NY the Northeast sent their best to compete for a chance to become Portland, OR bound and run for a team title at Nationals. The top two teams automatically qualify while the top five individuals not on a qualifying team also move on.

New Jersey did some major work on Saturday. Representing Christian Brothers Academy with the one card was Blaise Ferro who crossed the line at 15:46. After a quiet regular season, where he raced just one 4K, Ferro has since exploded back onto the scene by winning a Non-Public A state title, posting a second place finish at the NJSIAA Meet of Champions, and now winning the NXN Northeast Regional meet. A year ago at at this meet he placed second running 16:03, just behind behind the winner.

He wasn't the only New Jersey athlete toward the front, Tim Bason from West Windsor Plainsboro South placed second running 15:51 which qualifies him as an individual for NXN. Aaron Groff from Chery Hill East finished fourth running 15:53 also qualifying him for NXN, and Jack Shea a junior from Cherokee was eighth with 16:05 which doesn't qualify but he is now an alternate. All three of these runners were also riding top ten finishes at the NJSIAA Group and MOC level. 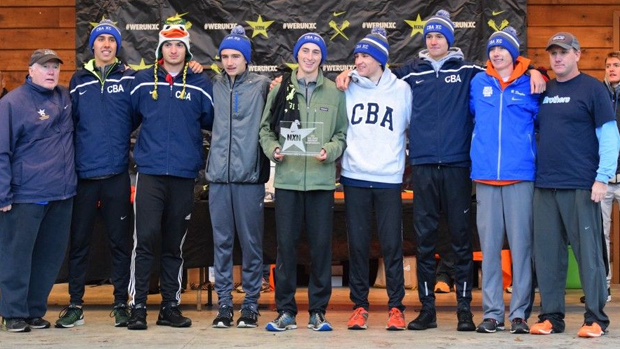 In the team race the Garden State was also well represented. Blaise Ferro's first place finish wasn't put to waste as the CBA boys ran to second place automatically qualifying them for a spot at Nationals in Oregon. The Brothers scored 140 points scoring 1+26+32+36+45 (48+54) and averaging 16:37. First place was Downingtown West (PA) with 97 points.

Only the top two teams automatically advance to Nationals but we saw some great end of the season runs for some other NJ Squads in the boys race. Don Bosco Prep fourth with 195 pts, Old Bridge fifth 195 pts, Voorhees eighth 285 pts, Cherry Hill East ninth 290 pts, and Cherokee 10th with 302 pts. 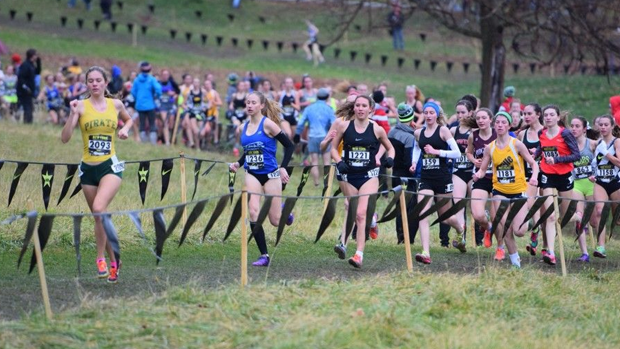 In the girls race New Jersey had five in the top twenty individual finishers. West Morris Central's Sierra Castaneda earned sixth with 18:40, she advances as an individual to Oregon as the fifth athlete not on a qualifying team. This is Castaneda's seconds straight year heading to Nationals. Christina Rancan of West Windsor Plainsboro South 10th with 18:55, Olympia Martin from Ridgewood 11th 18:57, Lauren Kroepfl of Robbinsville 15th 19:01, and Alexis Mullarkey from Kingsway 17th 19:10.

In the teams race we were led by Hillsborough in fifth with 197 points and a team average of 19:58. Starting off their 36 second top five split was Chloe Wong in 33rd with a time of 19:39.

Also in the top ten for teams was Kingsway in sixth with 243 pts, Ridgewood ninth with 301 pts, and Union Catholic in 10th with 324 points. Union Catholic's top finisher was senior Amari Onque-Shabazz in 26th with 19:27.