Video: Whittle's closing speed hunts down multiple anchors in the 4x400m during Penn Relays at the end of April.

This is the second fastest all-conditions time in New Jersey high school state history only behind the wind aided 20.51 (+2.8) by Antonio Tarantino of Paul VI in 2018 during New Balance Nationals.

He currently ranks US No. 2 this season among all-condition times. 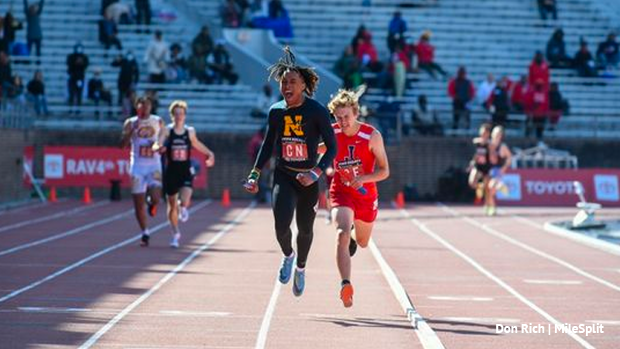 Whittle committed to the University of Georgia back in November as one of the nation's top track and field recruits.

This CVC meet was the third installment in a series of showdown events by the Colonial Valley Conference, their Divisional Championship will take place May 20th through 21st.

Whittle won the 200 meter at New Balance Nationals this past indoor season with a 21.08 and recording an indoor PR of 21.05 earlier that season. He already owns multiple gold medals at the NJSIAA Group State Championship and Meet of Champions levels heading into this final spring NJSIAA series of meets.

The star athlete noted on social media this was an easy 200m and that he has more to come. After his high school career so far there's no reason to doubt some more special performances are en route to close out this senior season.