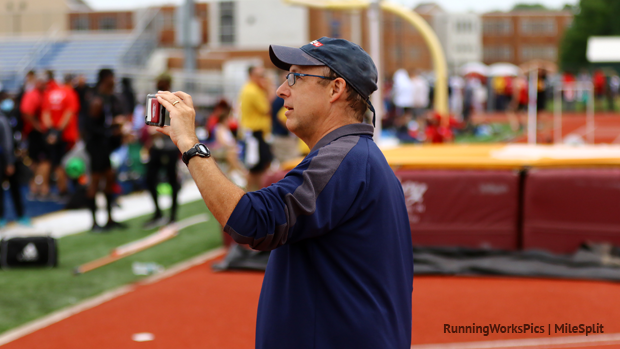 Over the weekend during Nike Indoor Nationals' intermission of recognition NJ MileSplit's own Jim Lambert was awarded the Allen Dawson Award for contributions to track and field.

If something noteworthy is happening involving New Jersey track and field athletes you can well assume Lambert knows about it and is likely writing about it.

"Lambo" has covered the sport for over 30 years and it seems his enthusiasm for the athletes and their performances increases with every season.

"I've truly been blessed during my career to have covered some of the greatest high school track and field and cross country athletes in U.S. history" he stated to Steve Underwood for the Nike Indoor Nationals award announcement.

Lambo spent many years at the Star Ledger before joining the MileSplit coverage team as a contributor in 2017. His contributions on the written feature and interview side have been an essential part of our team's journey to continue growing and improving our cross country and track and field coverage in New Jersey.

This award has honored other greats in New Jersey track and field for their contributions such as Paul Schwartz in 2017, Marc Bloom in 2016, Elliot Denman in 2015, and Ed Grant in 2012.

With all the pages of history he's crafted honoring our student athletes over the years we couldn't allow this honor to pass without offering a few words his way in return. 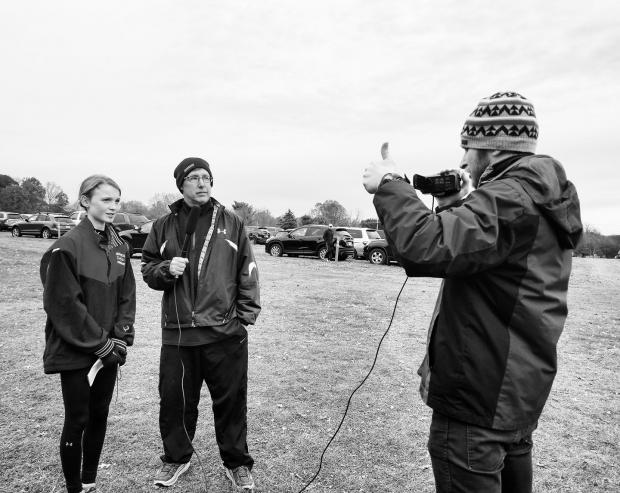 On a personal note, I can't thank Lambo enough for his help and knowledge as I started my own career covering and recording the sport for nj.milesplit.com in 2012.

Despite contributing to different outlets he was never hesitant to work together corralling winners for interviews or answer questions from a rookie MileSplit State Editor at the busy media table. All he cared about was making sure the athletes got the coverage they deserved.

I was not a trained journalist. The amount of knowledge I gained about the editorial side of coverage just by being at meets alongside Lambo was priceless.

How to approach interviews, breaking down stories, what to look for throughout a meet, and the hours of work ethic required to pull it all together before, during, and after a meet he showcased certainly helped set me up for success in the years to come.

We've been talking the sport, celebrating New Jersey athletes, and brainstorming ideas almost daily ever since. I'm glad to call him a teammate and friend.

Congratulations on the award and "GET UR JIM LAMBERT ON!!!"