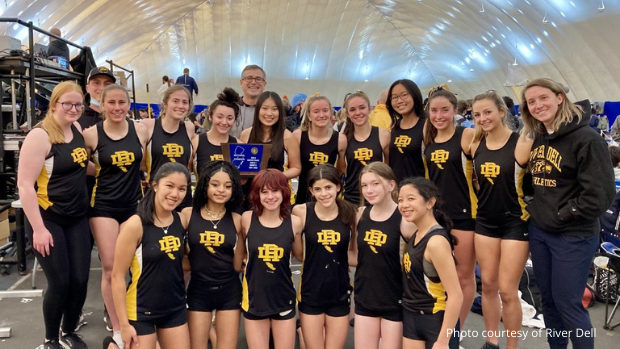 The Bergen broom job consisted of the Northern Highlands boys winning their first title, the River Dell girls and Demarest boys winning for the first time since 2018, and the Ramapo girls captured its first championship in eight years. Combined with the Groups 1-4 meets last week, Bergen County won seven of the eight team championships in NJ. Sec. 1.

But before we dig deeper into the team champions, let's get into the biggest individual highlight of the meet, which was provided by the indefatigable Perez. 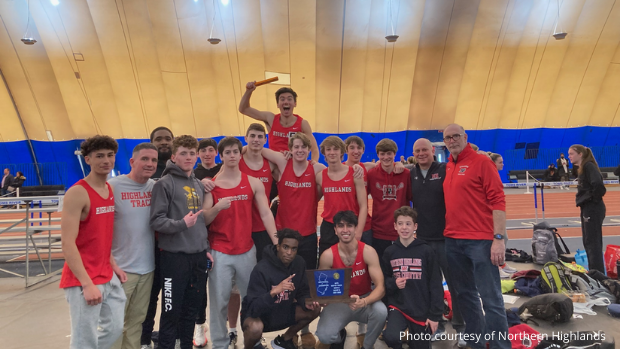 Northern Highlands received a huge jolt from its field event athletes en route to a 44-39 victory over runner-up Bergenfield in the Group 3 competition. Brianna Braver pulled off the distance double, and Izzie Anzaldo and Carly Griffin scored victories to fuel the Ramapo girls to an 88-50 win over over runner-up Randolph to win the girls Group 3 trophy. It's the fourth title for Ramapo, which also won sectional championships in 2008, '13, and '14.

Ramapo also picked up a victory from its 4x400 squad in 4:08.52, a runner-up finish from Brianna Potaki in the 3,200, and a 3-4 from junior Alexandra Cahill and senior Natalie Jackson, and fifth from Juliana DeFino in the pole vault.

Christina Allen was her usual spectacular self as the sophomore star piled up two wins and second-place  finish to fuel the River Dell girls to a hard-fought 76-67 victory over runner-up Demarest.

It's the fifth sectional title for River Dell, which captured four titles in a row from 2015 through 2018.

River Dell had several other athletes perform at a high level.

Junior Abreeana Rilveria won the hurdles for River Dell in 9.09, and River Dell 4x400 struck gold by running 4:20.21. Senior Amelie Moon placed second in the shot put, sophomore Grace McQueeney finished fourth in the high jump, Ava Ebneter and Alex Grivas placed 3-5 in the 800, and Morgan Levine picked up a sixth-place in the 55 dash. Chris Short dominated the sprints and Demarest scored in all 10 events on the way to a dominate 98-42 over second-place River Dell in the boys Group 2 competition.

Demarest, which had a staggering 14 different athletes score individual points, has now captured four sectional titles. It won Group 3 in 2014, and Group 2 in 2017 and '18.

Andrew Tandler had a big meet for Demarest.