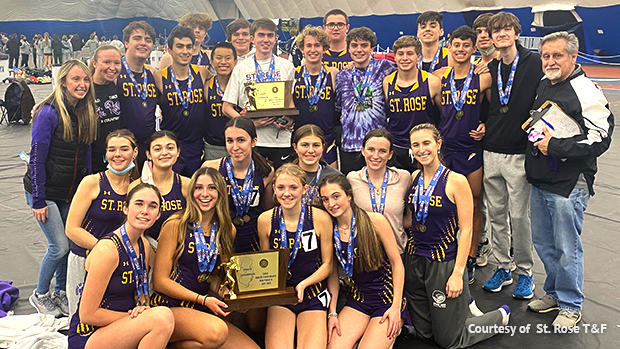 The 2022 NJSIAA State Relays kicked off six straight days of competition Wednesday with the Non-Public B Championships.

St. Rose HS left the meet with full grins as the boys and girls swept the team championships collecting multiple gold medals throughout the evening. Many athletes stepping up to compete in multiple events, Brian Theobald and Tilly O'Connor playing big roles in anchor spots.

For the boys this is their first NJSIAA Relay championship and the girls their second. They last won in 2013 while tied with Villa Walsh scoring 52 points each. 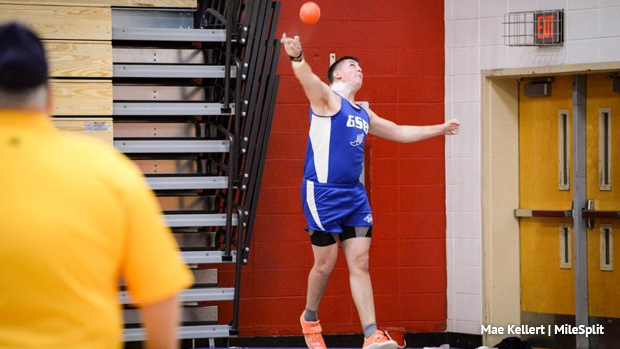 Their shuttle and SMR were season bests for the team. The wins were complemented by a second place finish in the shot courtesy of Joshua Huisman, 45-10, and William Nate Dempsey, 25-2.5, as well as a sixth place run in the 4x200m.

The GSB throws crew ranks NJ No. 4 among all shot put relays at 101-0.75 when including Zac Saunders throw of 42-5 at their season opener. Saunders did not compete at NJSIAA Relays.

Mount Saint Dominic Academy saw gold in the shot put relay with a total of 57-7.25. Teammates Keira Carbone, 28-11.5, and Anna Caccicarne, 28-7.75, ranking second and third individually on the night.