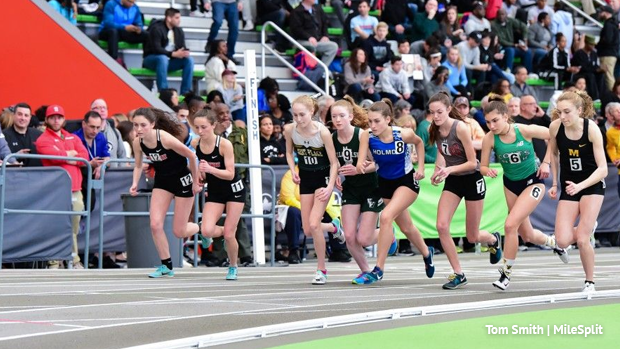 The meet was originally scheduled for March 6, 2022 at the Ocean Breeze Athletic Complex in Staten Island, where it was held for the first time ever in 2020.

Why won't it be held at Ocean Breeze, one of the top indoor track facilities in the country?

While Sellers didn't respond to that question via email, multiple anonymous sources said it's because Ocean Breeze requires proof of vaccination.

Proof of vaccination is something that's required for anyone 12 and older to enter both the Ocean Breeze Complex and the New Balance Track and Field Center at the Armory in N.Y. Several NJ counties are still scheduled to hold championship meets at Ocean Breeze and the NY Armory this school year, and several NJ teams are scheduled to compete at Invitationals at those facilities in the upcoming indoor season.

The late Bill Bruno, who served as the NJSIAA Track and Field Assistant Director until he retired last spring, led the charge to move the Meet of Champions from the Bennett Center to Ocean Breeze so that athletes could run on a much faster track (it is banked and the Bennett Center isn't), and compete in a much bigger state of the art facility.

When news spread about the M of C leaving Ocean Breeze, coaches around the state weighed in with their thoughts.

It's extremely disappointing to lose the opportunity for our kids to run in a real facility, if this is a one shot deal because of vaccination it is understood,'' said RBC coach Rob DeFilippis. "Hopefully it isn't for financial reasons and we can get back there in 2023!!!  Track kids deserve same treatment as football, wrestling and basketball get Bill Bruno did a tremendous amount of work to get us this, and hopefully his legacy will remembered and honored with it.''

"Leaving Ocean Breeze stinks, but I agree with the NJSIAA over the proof of vaccine,'' said Pope John coach Brian Corcoran. "Some student-athlete may quing alify but not be vaccinated, so they can't compete? I do not agree with that.''

"It's disappointing that we won't be able to have the M of C at Ocean Breeze,'' said Union Catholic coach Mike McCabe. "As our first time there for M of C was a great experience. The addition of the long jump and triple jump was much needed. I understand that there are a lot moving parts, and I'm sure it was a difficult decision.''

"(This is) very disappointing as the venue is outstanding and in the best interest of the kids,'' said longtime coach Tim Mooney. "N.Y. vaccination requirement should come as no surprise, and I'm not sure why the state chose not to go there except to avoid that potential controversy in their eyes? I would like to hear their response.''