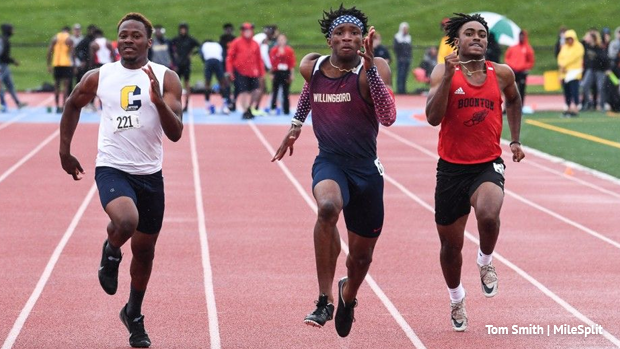 Malachi James, coming off one of the greatest sprint seasons for a freshman in state history when he starred for Willingboro this past spring, has transferred to Eastern, according to a tweet posted on Thursday by his father.

For those that have been asking, our son, Malachi James (@elusive_intent) is enrolled at Eastern Regional High School. We look forward to him being the recipient of a top notch academic experience over the next three years, as well as continuing his amazing athletic journey.

James, who came into this past spring season with big-time credentials that included 10 national age-group titles, certainly lived up to all the preseason hype by running 10.76 in the 100 and 21.82 in the 200!! Those times rank James No. 16 in the nation among freshman in both the 100 and 200.