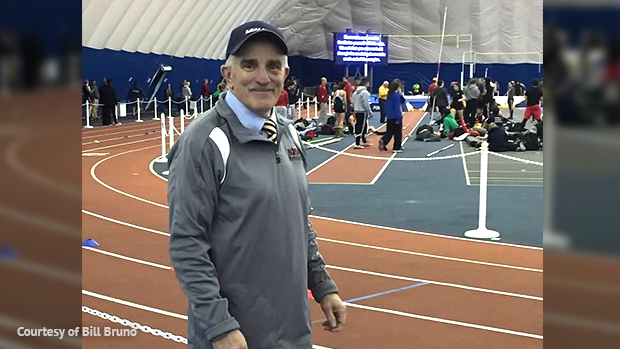 Citing health concerns NJSIAA Assistant Director Bill Bruno announced his retirement on Wednesday. He had been in the role since 2015 when he took over for the late Don Danser.

Bruno had missed time here and there over the past two years due to health issues. Al Stumpf has taken lead on the track and field operations through the end of this season.

MORE: Feature On Bruno's Journey Over The Years In T&F

The news came through a statement to the NJSIAA Executive Committee, Bruno's address to the committee was released in a report by Brian Deakyne of NJ.com.

"I regret to inform you of the heartbreaking decision to retire as an assistant director at the NJSIAA due to my health issues. My 45 years as a teacher, a coach and an athletic director and most recently as an assistant director here has come to an end. I know it's the right decision. It is time for me to focus on my health, my recovery and my family. It is been my lifelong dream to work with the student athletes of New Jersey. Having served on this very committee then to become part of the NJSIAA, I have seen firsthand how this committee provides the student-athletes of this state with the leadership, guidance and a vision for their future. I am humbled to have served as assistant director."

Bill Bruno had been involved with the sport of track and field for over 50 years, from an athlete to a coach, to a meet and or athletic director, and eventually guiding the sport at the NJSIAA. He has been awarded awarded multiple Hall of Fame honors including the halls at Christian Brothers Academy, New Jersey Scholastic Coaches, Directors of Athletics Association NJ, and most recently the Shore Track Coaches Association Hall of Fame.

During his tenure at the NJSIAA New Jersey track and field has seen some major changes including but not limited to...

The NJSIAA hopes to announce a new hire for the position before the start of the next school year.

Everyone at NJ MileSplit wishes Bill Bruno a healthy recovery and a long enjoyable retirement.

We're ready for the Meet of Champions! @milesplit pic.twitter.com/tsRhqGmbKf