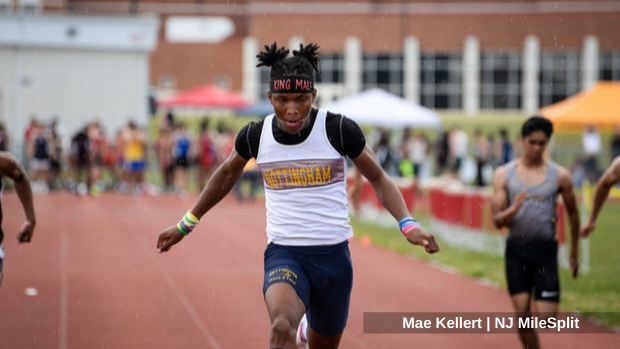 Shamali Whittle of Nottingham threw down the greatest sprint show in the history of the Central Jersey Sectional Championships by smashing the Central Jersey overall meet record in the 200-meter dash and running the fastest 100m and 200m times in the state this season over the last two days at Jackson Liberty.

And it could have been even better if it weren't for a check in error that prevented him from running the 110m hurdles, an event he leads the state in with a 14.10.