All three programs were crowned as champions when the NJSIAA Non-Public B State Relay Championships concluded at the Bennett Center in Toms River.

St. Dominic placed at least fifth in all six track events and claimed at least a share of the title for a third straight season. The Jersey City program earned the Non-Public B title outright in 2018 and tied Morris Catholic last season. It was the first such title for the Mater Dei girls, which placed in seven of nine events.

For the Hudson Catholic boys, who won their first team title since repeating as Non-Public B champion in 2016, speed was the key.

Seniors Nessem Ibrahim, Jaheir White and Mamady Magassouba and junior Shemar Wilson won the 4x200 in 1:33.79, just one tick off the meet record set by Union Catholic in 2013.

Wilson and Magassouba returned with senior Isaiah Decias and junior Isaias Rosa to win the sprint medley relay in 3:55.80.

When Magassouba, Decias, Wilson and Jacob Rodriguez closed out the meet with a second-place finish in the 4x400, the Hawks clinched the team title with 52 points, well ahead of runner-up St. Rose (38).

St. Rose junior Logan LaMoult (9-0) was the sole pole vaulter to clear a height at the meet.

Holy Spirit junior Julia Bannan was the top shot put thrower of the girls meet with a 33-1 ½.

Hudson Catholic senior Esther Dogbe got over the high jump bar at 4-10. 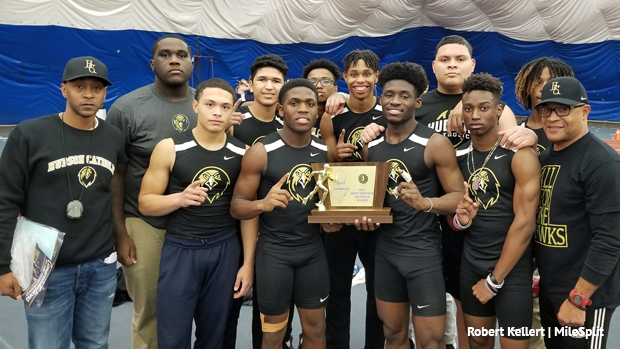 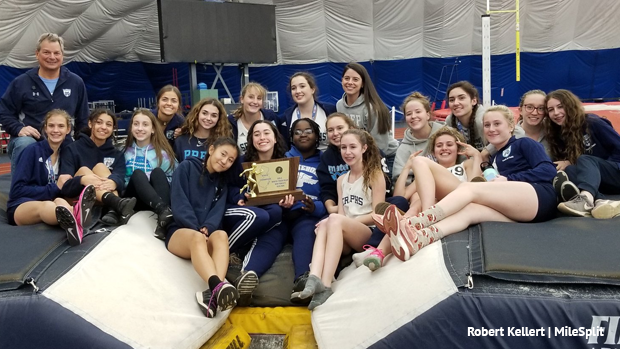 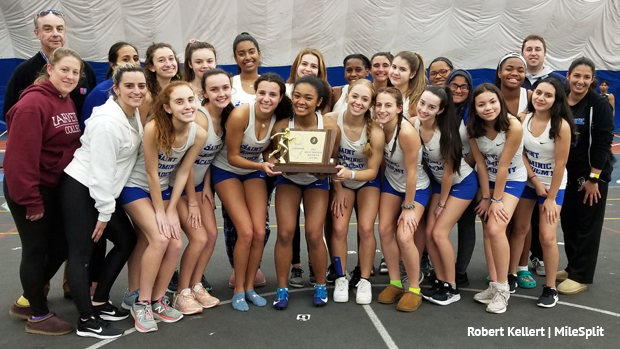