Abby Loveys and Alexa Westley could push each other to one of the fastest races in course history, and defending champion and NJ#1 North Hunterdon is favored to add to its rich legacy in what promises to be another memorable girls race at Saturday's 47th NJSIAA Meet of Champions at Holmdel Park.

There have only been three races in Holmdel Park history where two girls have broken 18 minutes, but Loveys and Westley appear to be on the verge of making it four.

Loveys, a senior at Randolph who won the 1,600 at the Meet of Champions last spring, comes into this race as the favorite, and a victory would virtually lock up one greatest seasons in state history.

Loveys has torched every course she's run on this season, including course record runs at Garret Mountain (17:41) and Greystone (17:08), and she's the only undefeated runner in the race.

This will be the second meeting of the season between Loveys and Westley, who are each seeking their first M of C cross-county title.

At the Eastern States race at the Manhattan Invitational at Van Cortlandt Park last month, Loveys was first over the 2.5-mile course in a N.J. record 14:03, and Westley, a senior at Warren Hills, placed third in 14:24.

In blustery conditions at the Group Championships last Saturday at Holmdel, Loveys and Westley weren't pushed and both won big as they ran the two fastest times of the day. 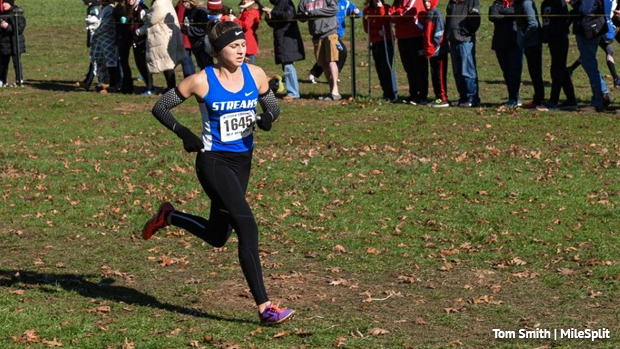 The Wisconsin-bound Westley, who has won the last two outdoor M of C 3,200 titles, has finished ahead of Loveys at the past two M of C cross-country races. In 2016, Westley was fourth and Loveys 12th, and last year Westley was sixth and Loveys seventh.

Something else to keep an eye on in this race is the N.J. Holmdel record of 17:28, set by Megan Venables of Highland Regional at the state Group 3 race in 2010. That was the overall course record until Katelyn Tuohy of North Rockland in New York lit up Holmdel with a mind-numbing 16:21 at the Shore Coaches Invitational last month.

Could Loveys and Westley threaten the 17:28 by Venables? Time will tell.

While Loveys and Westley are the top fastest runners in the races, don't forget about Nicole Vanasse and Chloe Gonzalez.

Vanasse, a junior at Pingry, is the top returning finisher from the M of C last year after placing third in 18:23. 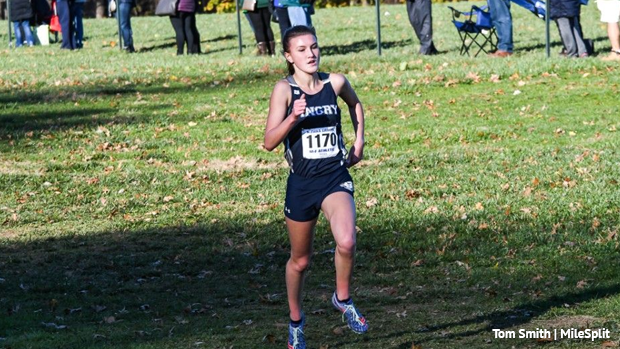 Vanasse, the indoor M of C 3,200 winner last winter, wasn't challenged last week when she won her second straight Non-Public A title last week in 18:31. Vanasse seems poised to make a huge drop in time and could be right in the thick of things.

Gonzalez, a junior at North Hunterdon, has come back strong after missing the first half of the season as she came back from a stress fracture. Gonzalez, fifth last year, ran a Holmdel PR of 18:23 when she placed second to Loveys last week in Group 4. 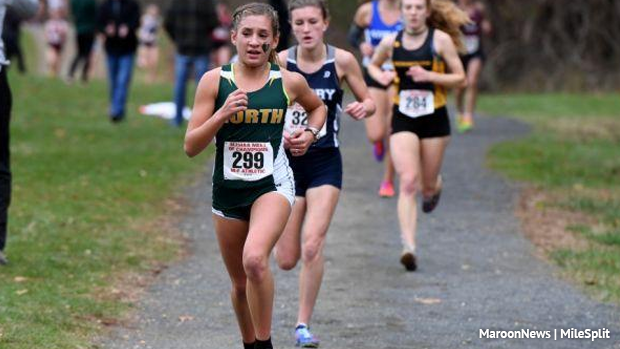 In addition to Loveys, Westley, Vanasse, and Gonzalez, there were three other runners who broke 18 at the Group Championships - Emily Nugent of North Hunterdon (18:34), Manon Stephen of Ridge (18:46), and Daisy Liljegren of Northern Highlands (18:52).

In the team competition, barring a big upset, North Hunterdon should hoist the championship trophy for second straight year and eighth time overall.

After a long drought, North Hunterdon returned to the top last year by winning its seventh title, the second most in meet history behind the nine won by 2014 champion Red Bank Catholic.

How big of a favorite is North Hunterdon to win again?

At the state Group Championships last week, North Hunterdon won the Group 4 race by 31 points over NJ #2 Ridgewood. North Hunterdon also finished 70 points ahead of Ridgewood in the team merge. Ridgewood, with four freshmen and a sophomore in its top five, is chasing its third M of C title (it won in 1992 and 1999).

Speaking of Voorhees, did you know that the Vikings will be making its 22nd straight appearance in the M of C? Voorhees advanced as a wild card after placing fourth in Group 2.

If North Hunterdon has an off race, there are some teams in addition to Ridgewood that have a shot at pulling off the upset.