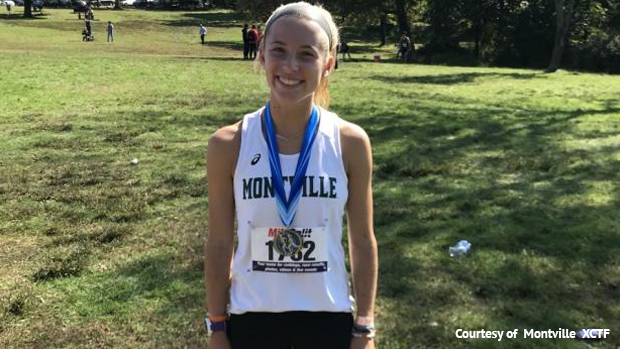 The best team race of the meet was in the girls B Division when High Point used a 6th runner tiebreaker to defeat Morris Hills after both teams scored 72 points. Isabelle Chase and Cara Zinner, High Point's No. 6 and No. 7 runners, each finished ahead of the No. 5 runner from Morris Hills to secure the dramatic victory.

Peralta, senior at Passaic who won the 800 at the New Balance National Championships last June, sliced 11 seconds off his previous best time at Garret when he won the Boys A race by 39 seconds in 15:51. Peralta's previous PR at Garret came when he won the NJ. Sec 1 Group 4  title last year in 16:02.

George, a senior at Montville, rolled to the girls B Division title in 19:21, 65  seconds ahead of Jefferson's Sarah DeVries. It's the first victory of the season for George after runner-up finishes at the PTXC and Bernie Magee meets.