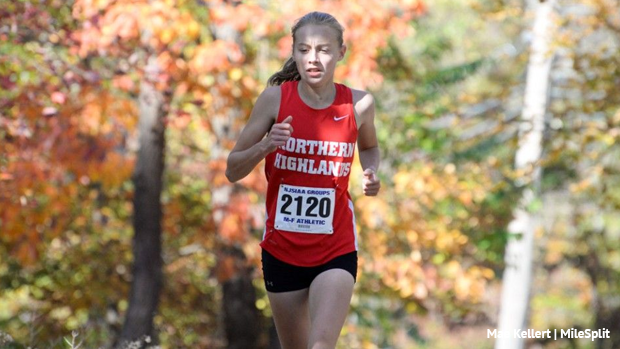 The Season Opener at Darlington Park on Saturday sparked the start of the season for many North Jersey teams, and what a start for Luis Peralta of Passaic HS and Daisy Liljegren of Northern Highlands! Both winning their races and the overall meet by wide margins.

For Liljegren this is her second straight victory at the Season Opener meet, she won the Varsity A division in 2017 running 19:13, this past Saturday she improved that performance running 19:08. Winning her race by nearly 50 seconds and led the meet merge by 27.

The Varsity B individual win went to Olivia Mandella at 19:46. She was the start of a fantastic meet for the Academy of Holy Angels girls who not only won their division with a 20 point score but also led the meet merge results with 30 points and a 20:31 average. Teammates Mandella, Deirdre James, Mackenzie Hughes, Christina Bagin, and Eliza Hoover all finished within the top 15 of the combined meet!

On the boys side Luis Peralta started off his fall campaign with a victory and meet merge lead running 16:06 in the Varsity A race. The closest to him was Francis Martingale of Memorial HS WNY in second at 16:20, his team second in their division and fourth in the merge.

Varsity B went to West Milford senior Joey Cummings at 16:27, a major drop in time from last year's 17:56 performance that earned him 15th at this same meet. Talk about putting some major summer work in! That was the third fastest time in the merge.

The fourth fastest time and the Varsity C winning performance was a 16:30 by Jeremy Bronstein of Dwight Englewood School.