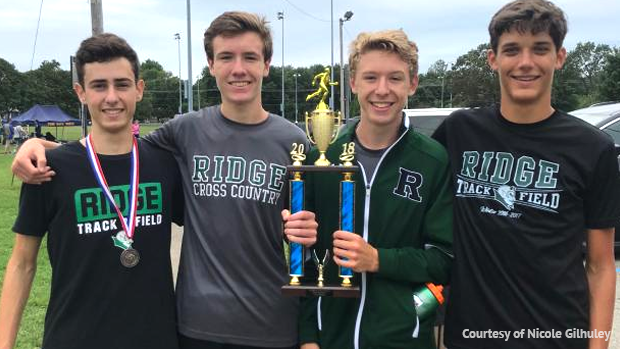 Julia Trethaway of West Morris smashed the girls course record, and James Glockenmeier came up with the biggest victory of his career to help ignite the Ridge boys to a big victory over NJ #4 Morris Hills at the 23rd Roxbury Invitational on Saturday at Horseshoe Lake Park in Succasunna.

Trethaway, a junior, threw down a 17:41.2 to win the girls Fastest 4 race and shatter the course record of 17:49.57 that was set in 2007 by Roxbury All-Stater Lauren Penney. The Hunterdon Central girls edged Mendham, 30-36, for the Fastest Four team title

Glockenmeier, a senior, ran 15:44.0 to edge heavily favored Ronald Kigen of St. Benedict's Prep, second in 15:45.2 as the Ridge boys defeated Morris Hills in the Fastest Four Race, 38-45. The Future Four race consists of the top four runners on each team.