Watchung Hills pulled off a shocking win for its first state title, Shelby Bigsby broke a very old record, and Abby Loveys and Sydney Hawkins lit up the track to highlight action in Group 4.

But with three athletes doing all its scoring, the Warriors edged runner-up South Brunswick, 36-32 1/2, to win its first state championship.

Hawkins, a junior, lowered her own NJ #1 time to 11.79 to break her own Warren County record in the 100 to become the first Phillipsburg girl to win a state title on the track. 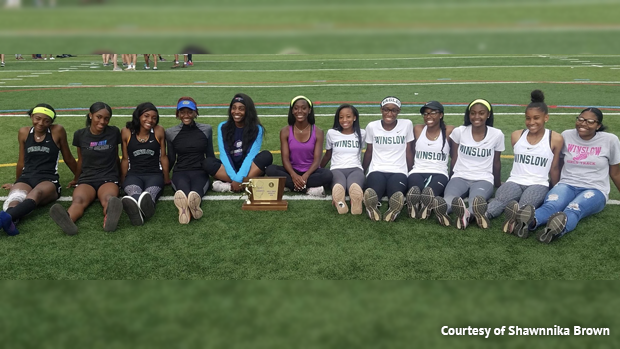 This meet was off the hook with incredible performances.

Tionna Tobias shattered the meet record (All Groups combined) in the long jump with a 19-11, and Shakira Dancy won two events to fuel the Winslow girls to its sixth title in a row, 73-42 over runner-up West Essex. The six straight titles is the longest current title streak in the state for boys or girls and is the longest ever for a girls Public School.

Three of the biggest stars of the meet were Reanda Richards of West Essex, Caroline O'Sullivan of Old Tappan, and Alexa Westley of Warren Hills. 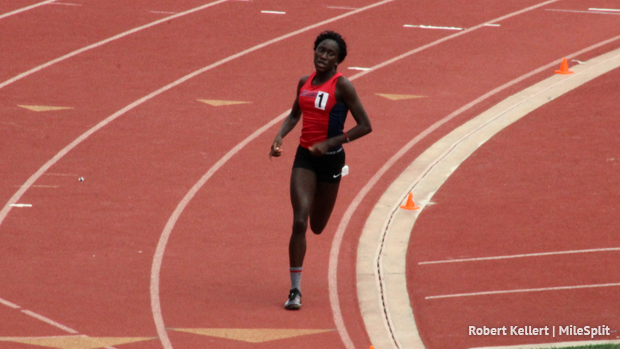 Sparta, led by Gianna Macones, scored a big upset to win its first state title, and Victoria Vanriele had a fast double in the Group 2 meet.

Despite not winning any events and having just three girls score, Sparta picked up 28 points from Macones, including a Sussex County record 19-0 1/2 to place second in the long jump. She was also second in the high hurdles, third in the 100, and fourth in the triple jump.

Last week, Sparta was fourth in NJ. Sec. 1, 31 points behind River Dell. But, Sparta avenged that loss with a strong performance.

Schalick captured its first title, Elizabeth O'Connell of Glen Ridge was a double winner, and the Sharpe triplets made a name for themselves in the Group 1 meet.

Schalick, led by Zyra Thomas, outscored defending champion Highland Park, 52-49, for its first title ever. Thomas, the New Balance Indoor National champ in the shot put, won the shot and placed second in the discus. Schalick also won the 4x800 in 9:48.46 and picked up crucial points in the jumps and vault.

A very famous last name showed up in the results for Paulboro as the Sharpe triplets, freshmen Ariel, Arianna, and Amirah, combined with Christina Franks to win the 4x400 in 3:55.54. Amirah also won the 800 in a school record 2:15.05, and Arianna placed third in the 400 hurdles.

The Sharpe triplets are Fred Sharpe's daughters. Fred turned in a legendary performance when he won the 400 hurdles and the 800 and was third in the 1,600 at the 1997 M of C for Paulsboro.

This meet had a little bit of everything.

There was the greatest pole vault duel in state history, the dominance of Union Catholic, and the amazing performance by Tiffany Bautista of Paramus Catholic.

In the girls vault on Friday, Hayley Horvath of Notre Dame and Caroline Dannenbaum of Pingry raised the bar all the way up to 13-6 as they both attempted to break the state record. Although neither made 13-6, their clearances of 13-0 smashed the All-Groups record and moved them in a tie for No. 2 in state history. Horvath, a senior, won on misses, and Dannenbaum broke the state sophomore record and is now tied for No. 1 in the nation among sophomores.

The only vaulter in state history to go higher than Horvath and Dannenbaum is state record holder Danielle O'Reilly of Shawnee, who cleared 13-3 in 2004.

In the team competition, UC steamrolled its way to a fourth straight title with the largest margin of victory of the day, 153-73 over Paramus Catholic. 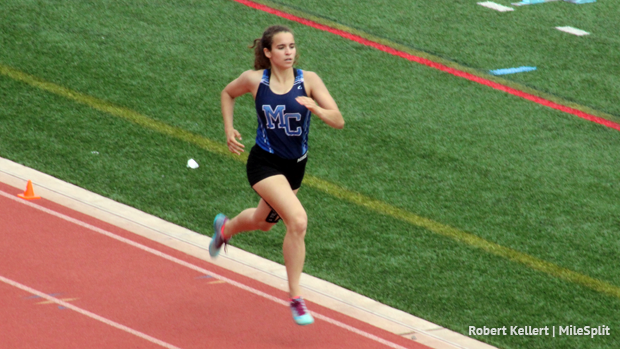 Morris Catholic, which finished third at its sectional meet (31 points behind the winner Newark Academy) placed third in the 4x400 to help secure a 64-62 win over Newark Academy.

It's the second straight title for Morris Catholic and sixth overall.