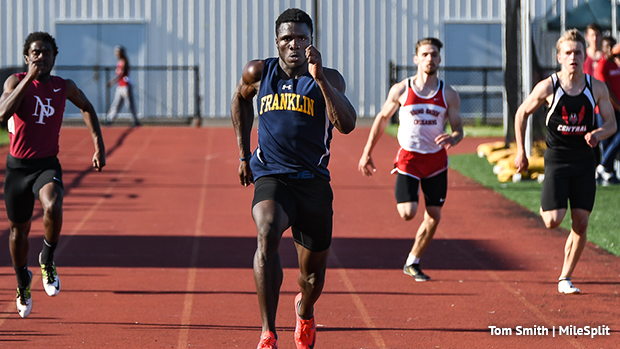 Mario Heslop of Franklin Twp burned up the track with one of the greatest half-lap performances in state history and the most electrifying sprint double in meet history to highlight Tuesday's Sklyand Conference Championships in Hillsborough, which was filled with record-breaking performances.

Heslop was one of many record-breaking performers in the meet.

Jameson Woodell of Hunterdon Central ran a meet record and NJ #2 53.41 to win the boys 400 hurdles.

Although the girls 1,600 didn't produce a meet record, it did provide plenty of fireworks as four girls went under five minutes!!

In the team competition, Hunterdon Central captured its first girls title since 1996, and Hillsborough took home the boys championship trophy for the first time since 2003.