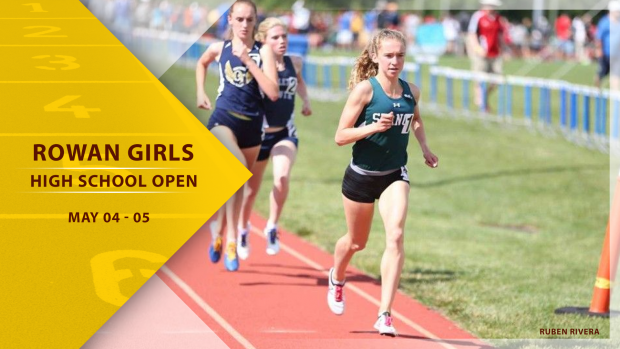 That's right: among individual returning winners from last year, six are entered to compete in 2018 during the Rowan Girls HS Open in Sewell, NJ. The only thing is, most of them will be going after different events. Check out the preview below and watch the track events LIVE Friday and Saturday night as the action kicks off a little after 5 PM. If you are heading to the meet note that, due to a conflict with Rowan University's graduation, the meet has been moved to Washington Twp High School.

Two-time defending 3200m champion and meet record holder Alyssa Aldridge of Mainland Regional is not going to make it three straight; she is instead entered to the 800m and 1600m run. Aldridge already unloaded a state-leading 10:36.12 to win the Cherokee Night of 3200s in mid-April, so it makes sense to go after some other seed times. She broke her own Rowan meet record last year running 10:27.44 over 3200m. Aldridge's best in the 1600m is a 4:51.43 to win the Group 3 state title in 2017.

Defending 200m NJSIAA Meet of Champions winner Shakira Dancy of Winslow Twp is back as well, but we won't see her defend in the 200m at Rowan. The sprinting star is entered to run the 100m and 400m dashes; she posted a 24.94 to win the Rowan 200m last spring.

Timber Creek's young high jump star Tierra Hooker will be competing in the girls pentathlon; she won the high jump last year clearing 5-8 to tie the meet record. Seeded at 3,556 points, Hooker aims for the meet record which is a solid 3,305 point total from Priscilla Frederick back in 2007.

Another field winner returns and this defending champion will actually be competing in the said event. Brielle Smith of Oakcrest won last year's javelin throwing 145-0. Well, she's broken through the 150 barrier and is seeded at 150-07 this time around. The meet record for the javelin is a mark of 154-11 set in 2012 by Maria Jimenez of Vineland. Smith's best throw of her 2017 season came during this meet, so could we see a five-foot increase to take the record? 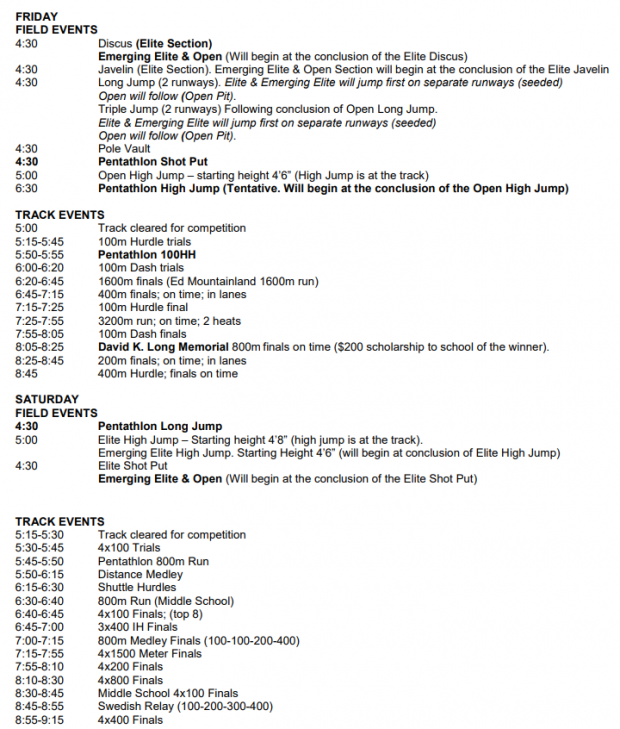