Randolph opened the meet with a distance medley relay win of 12:40.91 that ranks NJ#3 and top 15 is in the county so far this season. On the way to their 44 point total and first state relay team title the girls displayed a well balanced attack combining distance, hurdles, and field prowess.

The high jump relay was won by Meghan O'Malley and Karen Hull who totaled 10-00, O'Malley clearing 5-02 and Hull 4-10. Both of those girls also competed on the second place shuttle hurdle relay which ran 32.51. Randolph also saw big pointed from their 4x800 meter.

A major highlight of the night came from the Eastern Reg girls who won the 4x51.5 meter shuttle hurdle relay running a NJ#1 time of 32.33. Just before their race Union Catholic had won the Non-Public A title with a 32.34, a short lived NJ#1 performance.

Montclair senior Shelby Bigsby continued to build upon what has been an impressive start to her indoor season. With a mark of 44-10, improving upon her previous indoor best of 44-8 from New Balance Nationals last year, she moved up to US#4 on the season and holds strong as our state leader. 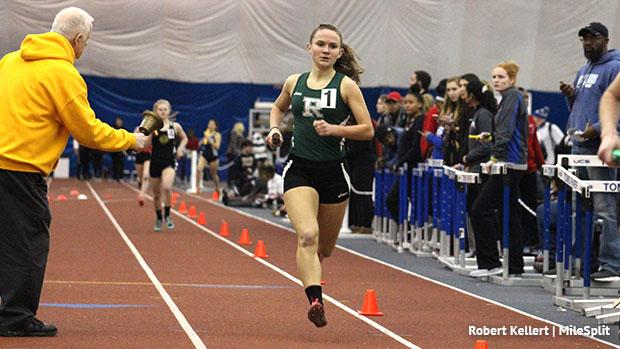 Bridgewater-Raritan's Cristina Young cleared 11-0 in the pole vault to lead the meet. Abrianna Barrett  of Montgomery matched her season best of 5-4 NJ#5 in the high jump. 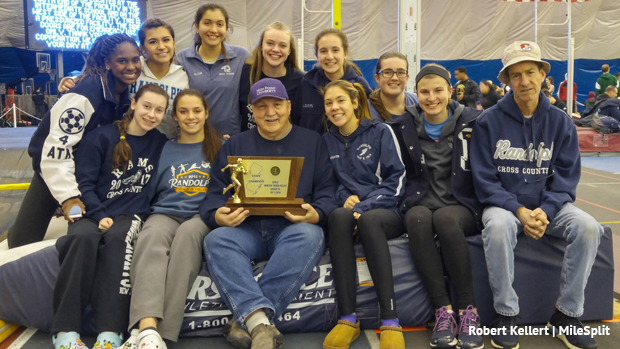