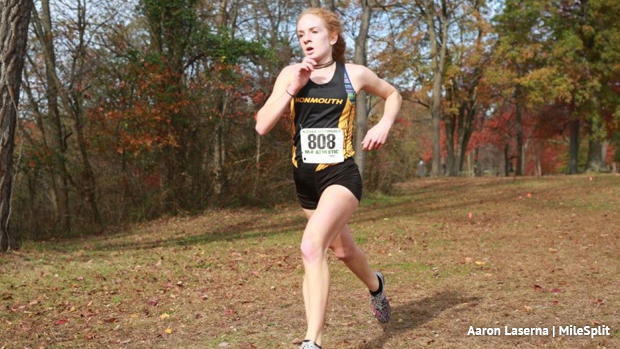 Central Sectionals started a little later than usual with some scheduling conflicts at Thompson Park but it still brought the exciting action we expected.

The leading girls time of the day came out of Group 2 with Amanda Stone's dominant 18:19 run over the 5,000 meter Thompson Park course. The Monmouth Regional junior earned her second sectional title, first in cross country for her school, with a 14 second lead over Matawan's Rachel Kenny second overall at 18:33.

Also in that race was 800 meter Meet of Champions winner Victoria Vanriele who finished third at 19:01. She led Governor Livingston to a 56 point 19:57 average team title. This is their first in school history.

Boys Group 2 featured one of the main contenders for the Meet of Champions title with Devin Hart of Pt. Pleasant Boro. Hart recorded a 15:35, a full 30 seconds ahead of the field and the second fastest time of the Central merge. In that race Robbinsville held off Holmdel 66 to 72 and both teams had one through five split of fewer than 50 seconds. Robbinsville's winning effort was started by Dan White in sixth running 16:36. 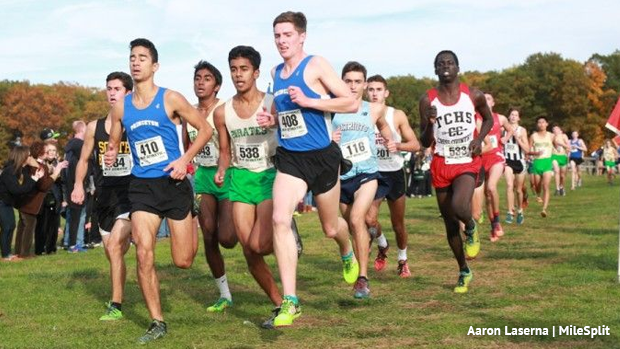 A major team showdown came in the Group 4 meet with NJ#3 Princeton facing off with NJ#7 West Windsor Plainsboro South. Princeton defended their title with a one point victory over South 67 to 68.

Will Hare's one card in that race, with a winning time of 15:39, set the tone early as every point mattered. Princeton's finishers came through with a scoring line of 1+11+16+17+22 and South's 3+12+14+19+20, led by Sameer Das in third at 15:50. Nicholas Ackerman of Freehold Township ended his race between them in second for Group 4 and fourth overall in the merge at 15:48, leading his team to a third place finish.

South had a great meet on the girls side as well winning the Central Group 4 title with 62 points a 59 second scoring split and 19:52 average. With the best team performance of the meet, South saw Kavya Tummalapalli and Julia Mao lead the team in fifth and sixth running 19:29 and 19:31.

The boys Central Group 3 race is where the fastest time of the day came from thanks to Brick Township's Damien Dilcher. The senior ran 15:32, a course PR of almost 45 seconds, and had a 20 second lead over second place Jonathan Torres of Hamilton North.

Behind those two was an instant classic between Colts Neck and Ocean Twp that ended tied at 44 points requiring extra runners and saw Colts Neck winning their fourth straight sectional title. Colts Neck won the Central Group 3 in 2014 and 2015, spent last year winning North 2 Group 3, and returned back to Central this season.

The scoring was opened by Colts Neck's Matthew Schaefer in third at 16:18 and Ocean Twp's Dan Dombrowiecki fourth 16:19. The next five positions would be a mix of Ocean Twp and Colts Neck scorers slugging it out on the timers computer screen. As the leading extra runner Colts Neck junior Jack Hayes finished 22nd and scored 21st sealing the win.

Allentown's Devon Hoernlein won the girls Central Group 3 for the second straight year, her 18:49 was over 30 seconds faster than last season. From there the NJ#8 Colts Neck girls did work with Natalie Shapiro, Eva Gibson, and Colleen Megerle finishing all in the 19:40 range for second through fourth.

In Group 1 the Metuchen boys and girls swept the Central section for the third straight year. The girls came through with their fifth in the past seven years scoring 39 points. Nina Suss and Camille Lussier led the team in second and third at 20:03 and 20:12 behind race winner Corina Vidal of Henry Hudson who crossed at 20:01 for her first sectional title.

The Metuchen boys are also on a three year win streak now thanks to their 51 point 16:55 average showing. Jake Beacher, a previous section winner in 2015, led the Metuchen squad placing third at 16:08 after a battle with Drew Maher and Cameron Janovic of Shore Regional. Maher won the race with a 16:04 and Janovic just ahead of Beacher in second at 16:08.