Here are New Jersey's recent college commitments as of October 12th. Most up to date and full commitment listings here. If you are announcing your commitment you can reach us on twitter @NJMileSplit or through email at rkellert@milesplit.com. Details such as your name, team, and events focus appreciated.

Will Hare of Princeton HS to UPenn

Will Hare of Princeton HS has committed to the University of Pennsylvania, announced by their team twitter page on Wednesday night. Hare played a large role in the team's state championship last fall placing 10th at the Meet of Champions with a time of 16:12, his Holmdel PR is 16:08 from the 2016 Shore Coaches Invitational.

Monica Hebner of Northern Highlands has announced her commitment to continue her academic and athletic career at the University of Pennsylvania as well. The news came on her personal twitter account Thursday morning as seen below.  Hebner is a sectional champion for the outdoor 3200m, her best time coming at last season's Group Championships when she finished fourth in Group 3 at 10:45.69. She backed that up the following weekend with a second place finish at the Meet of Champions.

So far this cross country season she is undefeated with wins at the Garret Invitational, Shore Coaches Invite, and the Big North Division Championships. She had the fastest time of the day at Shore Coaches with a major Holmdel PR of 18:32.

I'm so excited to announce that I have verbally committed to continue my academic and athletic career at the University of Pennsylvania!!:heart::blue_heart: 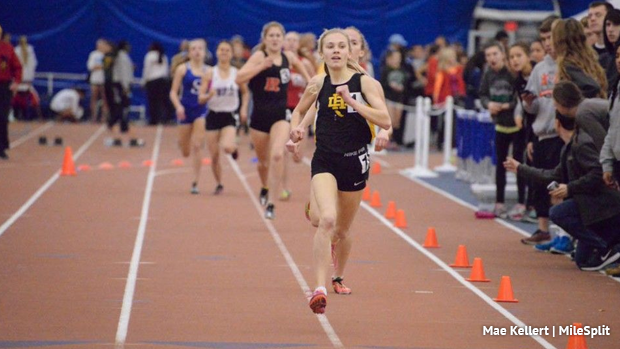 Shannon Goria who is a multi-event Sectional and Group Champion has committed to Quinnipiac University. Her original decision was made Tuesday October, 9th. The River Dell senior has a Group 2 title in the outdoor 3200m as well as both indoor and outdoor 1600m. She also has a third and sixth place 3200m finish at the Meet of Champions from her sophomore season as well as a ninth place finish at the cross country Meet of Champions.

Commitments Through September and October as of October 12th

If you are announcing your commitment you can reach us on twitter @NJMileSplit or through email at rkellert@milesplit.com. Details such as your name, team, and events focus appreciated.