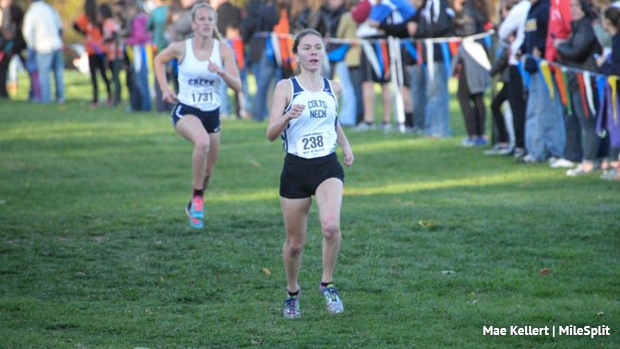 Q. There are no senior girls at Colts Neck this season, so who is leading the team?

We've got a couple co-captains that are the juniors on varsity, so we try to take care of the freshmen.  It's been fun so far.  I try and just set a good example for the younger people, it's important for them to see that if you work hard every day it'll pay off.

Q. Is there anyone you are looking forward to racing this season?

I really just am excited to race all the top returners in the state, New Jersey has such a good cross country field.  Locally I'm pumped to race Maddie Brand and Rachel Kenny, I think Monmouth County and Shore Conference will be really fun with them.

Q. How are you preparing for the season?

My team has optional practices twice a week so I'm with my team then, other than that I generally run alone until XCU camp where I'll have a lot of talented runners to train with.  Right now I'm at like 40ish miles a week, by the end of the summer we should be doing around 50ish.  We just had our first tempo this week so we'll be doing those once a week for a while.  We'll also start doing Holmdel workouts and rhythm miles soon too.  I try and do core every other day and I've been trying to eat better recently, I also plan on starting swimming later this summer. 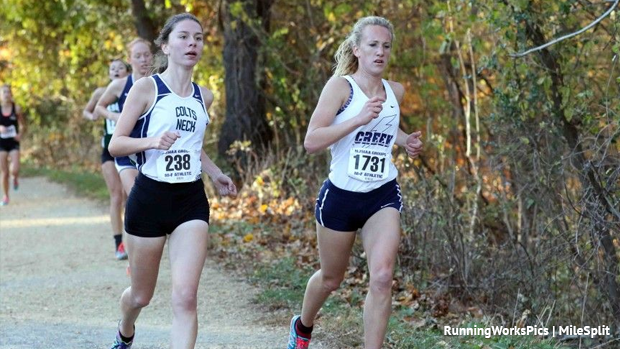 Q. What are rhythm miles?

Basically they're a set amount of miles with a 3 minute rest, starting out slow around distance pace or a little slower.  Each one is a progression and should be around 10 seconds faster than the last until you are moving pretty good at the end.  It's a distance run replacement we do nearly every week during the season.  It's good to shake things up, you get to work on your pacing and going a little faster rather than slogging through another distance run.

Q. How do you feel last year went for you?

Cross country definitely went well.  I ran really well at Groups but not so much at MOCs, but I came back at Regionals so that was good.  Winter track was going pretty well until I got sick at the end of the season.  As for outdoor track I was running okay until I had some breathing issues. Basically I have this thing called vocal cord dysfunction, which is when your trachea spasms and closes when it should be opening, which obviously makes it very hard to breathe.  I'm going to a speech therapist to teach me how to breathe during an attack now, so I'm just thankful I'm getting that figured out now before the year starts.  Hopefully I'll be ready to go by the time we race.

Q. What are some of your goals this season?

Individually I'm trying to drop my times a lot and win as many things as I can... that goes without saying I guess.  Sectionals, Monmouth County, and Shore Conference particularly I want to try and win.  I wanna place as high as I can at Groups and MOC and I really wanna get out and individually qualify for Nike Nationals this year. Team wise I think we have a real shot at winning MOC this year along with all the other major races, and hopefully qualifying for Nike Nationals.

Q. What is keeping you motivated during summer training?

I've definitely got something to prove after my track season didn't go as well as I was hoping because of all my health issues.  I'm just looking forward to getting back out there and running as best as I can.

Yield to the shaka