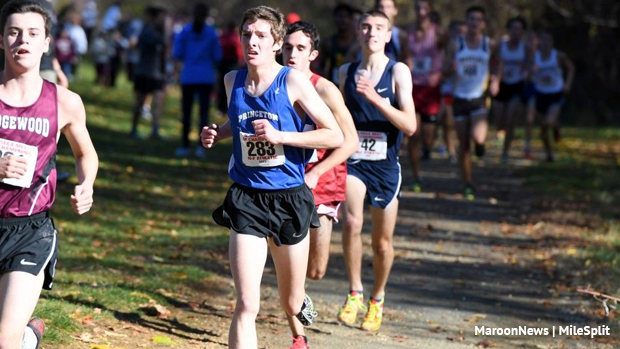 Q. Princeton lost big name Alex Roth from your lineup. Are you losing him as a training partner and a team leader?

I've been training with him for 2 years now so losing him is gonna hurt, that's no secret. He's been a guy who's led by example and hasn't shied away from any of the pressure we've put on him, so his loss is obviously gonna hurt, but I think that we are more than ready to step up as a team to deal with that. We are a program not a team, and if you're gonna be a program no one can be irreplaceable.

Q. What are some of your big goals this Fall?

Q. How are you training this summer?

I've been working my way up, I just hit 70 [miles for the week], so I was pretty happy about that.  We're trying to be careful, taking a lot of easier days as I build up just to make sure I'm not running on any injured limbs.  I had a 10 miler this morning with some striders to try to work on my speed.  We've been doing some strength work, one of my teammates Nick Delaney found a plyometrics workout we can start implementing so we've been doing that.  We have been working on all the aspects, the aerobic fitness, speed, step fth, flexibility, all that good stuff.  Preseason starts August 14th when we get back from XCU camp, so we'll start going harder around then but nothing crazy. We really start grinding midway through September.  Our goal isn't to be ready for the Bowdoin Classic or Shore Coaches, our goal is to be the best team at MOC and Regionals.  We try to hold our mileage and our volume for as long as we can.  It's difficult to do speed work and volume at the same time so we want to get as much volume in as we can before we start to implement any speed work or races.

Q. What, outside of running habits, are you on top of the most?

A big thing that resonated in me the summer going into sophomore year I was at a running camp and they brought in a nutritionist in and she basically said "I'm not gonna tell you not to eat anything but make sure you're getting ENOUGH food and ENOUGH nutrients".  So when it comes to diet, I'll eat whatever comes in front of me as long as I'm getting enough nutrients.  If I eat something healthy, I'm not gonna hesitate to drink a milkshake or celebrate Hoagiefest.  Diet is important but it's not something we have a regimen for, but rather something we just stay mindful of.  Sleep is really big for me, I try to get at least 8-9 hours every night because your body really needs to recover from the heat and exhaustion you get from running every day. 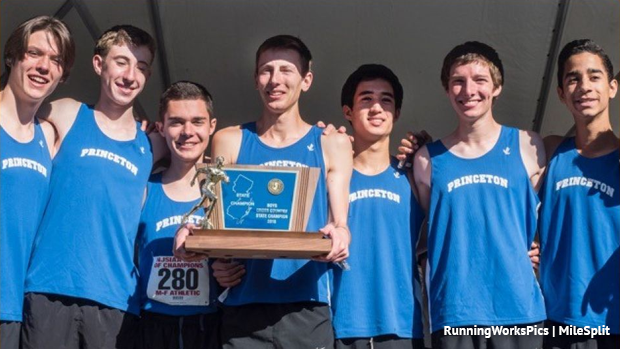 Q. What are you most looking to race this fall?

I'd really like to tear up Bowdoin Park at Regionals.  That's a course that our team hasn't really run a complete race at.  We ran pretty badly there last year and as much as I like to say I ran pretty well there, there is always more I can do.  I'd like to be able to run in the low 15:50s there at the end of the season.

Q. How do you feel about your campaign last year?

Cross country went just as well as I could have hoped.  We ran really well throughout the year and just turned it on at the right time.  Our team set the course average record at Thompson Park and that's a place that the Rosa's have run at, it's one of the biggest courses in New Jersey and to set a course record there is pretty awesome.  We won MOC and knocked off the 6 time defending champs to rock the Public School Pride.  The only thing we didn't do was qualify out to NXN in Portland.  We were on such a high coming off the Meet of Champs that I think we lost a little bit of focus and didn't really understand that all the intensity we put into winning MOC would need to be duplicated just to give ourselves a chance to make it out of the region.  As for track, I think indoors went really well, Indoor MOC was a big highlight.  I PRed by 14 seconds and was 3rd so that was pretty good.  Outdoors was a little disappointing, I felt like I put a lot more effort into running from a team perspective more than individuals, with helping out in the 4x800, so I think it took away from some of my goals coming out of winter.  I would have really liked to have a shot to have gone sub-9 outdoors, but it just wasn't in my cards and it means I'm hungry now coming into the fall.

Q. How is your college search going?

I've looked at UPenn, Princeton, Villanova and UNC.  Those are the my big 4 as of now. Roth is going to UPenn so that gives it a big boost... in the opposite direction as you would expect [laughs].  I'll probably take officials to all those schools.  I started pretty early with my search so I'd ideally like to know where I'm going before championship season starts.

Q. How do you feel about the Shaka?