Interview with Sydney after her Junior World Record.

Sydney McLaughlin ran a huge career best of 53.82 during the 400 meter hurdle finals at the USATF Championships on Sunday in Sacramento, California. This was the young Olympian's first time breaking the 54 second barrier.

That was fast :scream: USA bringing the heat

Out of lane eight McLaughlin improved upon her own world junior record which was previously set at 54.03 during the NJSIAA Group Championships a few weeks ago. In the preliminary round she advanced with a time of 55.41 as the sixth overall seed, in the semi-finals she punched her ticket to the final round running fifth overall and third in her heat at 54.76. 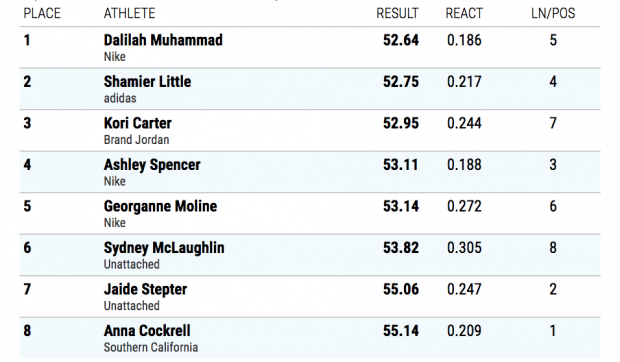 More New Jersey focused highlights from this meet can be found here.

Watch McLaughlin's previous record of 54.03 from the NJSIAA Group Championships below.