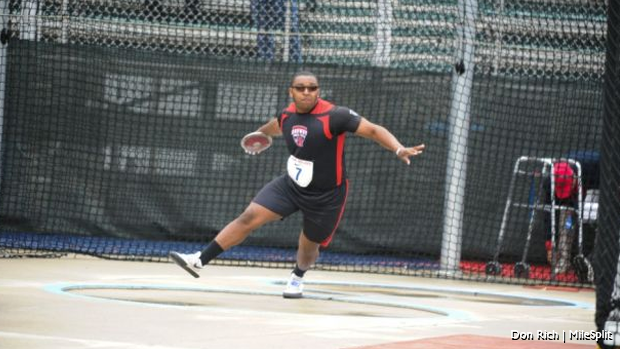 Jordan West of Rahway finally got the bomb in the discus he has been looking for when he sent the saucer soaring 203-6, No. 6 in state history, to crush the Group 3 meet record at Saturday's NJSIAA Group 3 Championships at Northern Burlington in Columbus.

West's 203-6 is also the best throw by a New Jersey high school athlete since Sam Mattis of East Brunswick unloaded a state record 218-4 in 2012. Mattis won the NCAA discus title in 2015 for UPenn.