What a meet! A tight match-up between Mendham and Hopewell Valley in the boys standings early on tied it at 22 heading into the final event, the 4x400 meter. Not only that but Hamilton North was just six points behind also eyeing up a possible title shot as the top seed in the event.

After the dust settled Mendham and Hopewell Valley remained at 22 points and Hamilton North placed third overall for the six points they needed to tie for the state championship. A three way tie, the first time at the NJSIAA relays in any group since 1989 when C.J. Scott HS, East Orange, and Monmouth Regional all shared the championship scoring 18 points. Only the second time in the meet's history this has ever happened, and add to that excitement each team won their first boys state relay championship.

The Hopewell Valley boys won their state title without placing first in an event, a testament to the guys who doubled and tripled events to grind out enough points for their first state relay championship. In the interview below with some of the boys who tripled at the meet, the squad stated the biggest event for them was the meet opening DMR where they placed second running 10:43.04. It showed the team early on that they were in the meet to compete for the team title race. For Hopewell Valley's full team performance breakdown check this link.

The Hamilton North - Nottingham boys won one event en route to their first ever state relay title and it was a meet record to boot. In the sprint medley relay they ran 3:36.92 to out run the 2012 standard held by Oakcrest at 3:37.55. An event they already ran faster earlier this season while on a banked track, ranked NJ#1 US#4 at 3:35.06. Their interview is at the top of the article and their full team breakdown can be viewed here.

And to complete the three-way tie was Mendham who had strong performances in both the shuttle hurdles where they placed first running 31.75 and the distance medley which was won with a 10:41.90 NJ#9 to open the meet. For the Mendham squad's full team breakdown click here. 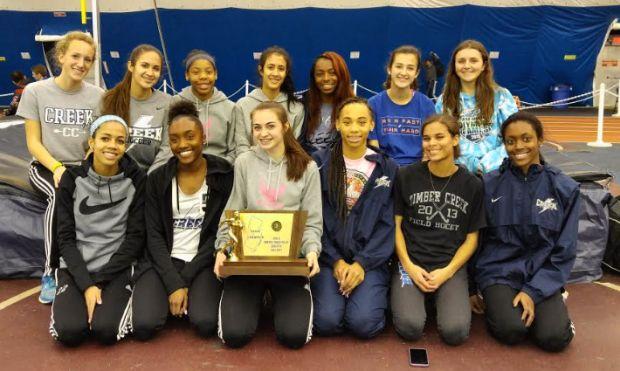 On the girls side it wasn't as close as the boys meet between Timber Creek and Winslow Township but it was still an exciting finish. The Timber Creek girls secured the win with a victory in the 4x400 meter running 4:01.07 NJ#3. The final score was 52 to 44 over Winslow.

Timber Creek won three events and placed second and third in three others in an impressive well rounded team performance. The wins came during the sprint medley with a time of 4:19.25, the high jump relay with 10-06 thanks to freshman Tierra Hooker at 5-04 and Kai Starnes 5-02, and lastly their championship cinching 4x400 meter. For Timber Creek's full team performance breakdown click here.

Congratulations to all the champions, you can find full coverage on the meet page. 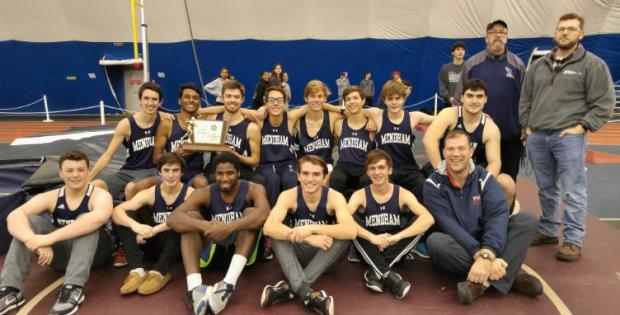 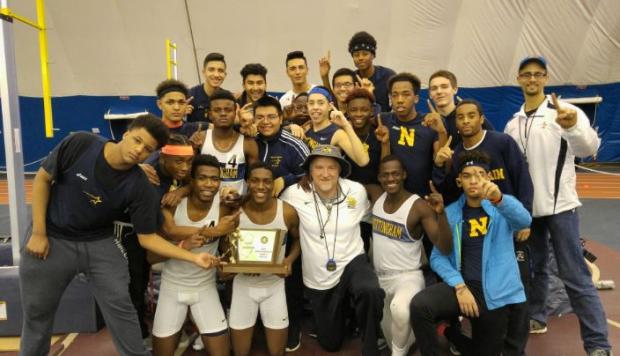 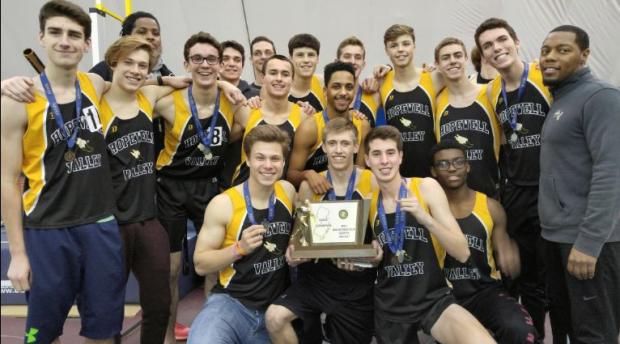