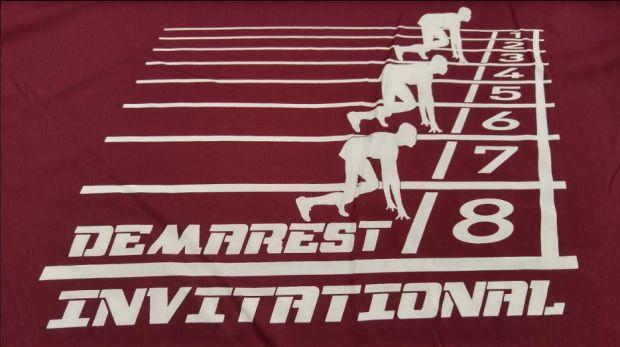 We are here at the Demarest Invitational in Toms River, NJ for some live updates interviews and photos. If you win an event at the meet please come over to the announcement area for a MileSplit interview.

3:09 pm - The boys shot put was won by Nate Raphan of Rumson-Fair Haven at 51-01. This is his first indoor season, he had a nice run outdoors in 2016 making it all the way to the Meet of Champions.

2:56 pm - Cassie Hoxit of Lenape Regional takes the pole vault win with a 10-00 vault. She placed second last night at the Olympic Conference meet with the same height. Has a PR of 10-06.

2:31 pm - Semaj Willis of Trenton Central gets over the 6-06 bar to win the Demarest meet for the third straight season. He is a Group 4 state champ and placed third at MOCs last winter.

1:54 pm - Jacob Labinger of Matawan won the pole vault at 11-06, that is a full foot of an indoor PR for him. Douglas Young of Rumson-Fair Haven and Daniel Orozco of Elizabeth also cleared the height.

1:47 pm - Thomas Kalieta Jr of Matawan won the 300 meter dash with a time of 36.15, that is over a two second PR for him in this event. Kalieta is the defending outdoor 400 meter Meet of Champions winner, he posted a 47.83 this past spring to win the event.

1:07 pm - The top returner in the state Marvin Morgan of Neptune wins the boys 55 meter dash with a 6.67, his third straight year winning this meet. He has a career best of 6.46 from last year's Meet of Champions prelims.

11:00 am - The hurdle prelims are over and leading the way into the finals for the girls is Absegami's Joshonda Johnson with an 8.90 and for the boys Boaz Madeus with a 7.98. More to come when finals are over.

10:41 am - The meet is underway and so is our first coverage of the season from the Toms River Bubble.