Team of the Week Winners!

If you didn't see the article, on Monday we released polls for you the viewers to vote for the team of the week. The top three most voted for athletes have been picked for this internet hosted honor. If you run the fastest varsity time at a large invitational meet for New Jersey you automatically make the poll.

Boys Team of the Week (Click Here for Girls) 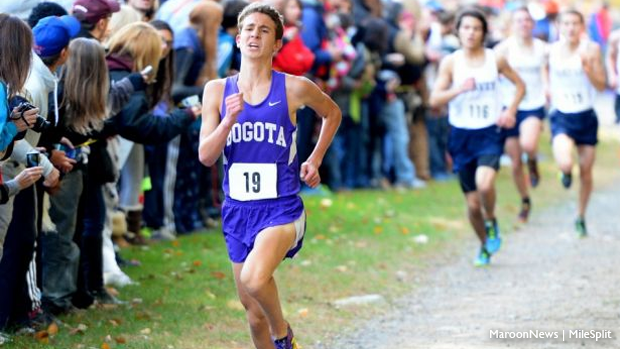 Draney opened up his season with a win at the aptly named Season Opener invitational with a time of 16:29 in the Varsity B. That put him 11th on the weekend merge with every 5K around the state. He already had a win at this meet previously having won the Varsity C in 2015 with a 16:25. His only other time in this series was his sophomore season when he placed 12th in Varsity C. Bogota faithful put in some major work here! 8,000+ VOTES in three days!

This is senior William Hill's first cross country season, and it seems as those that was a great choice! He is 1-0 for his career winning the Brookdale XC Invitational with a time of 16:06. Not only is this his first victory but he also goes down as the first ever winner for the brand new meet at Brookdale Park.

Ryan Martins earned the 'W' at the Randolph Invitational running 16:20, the fastest time of the meet and the third fastest of the weekend. You can watch the above interview on his season opening success and how he feels going into the season.