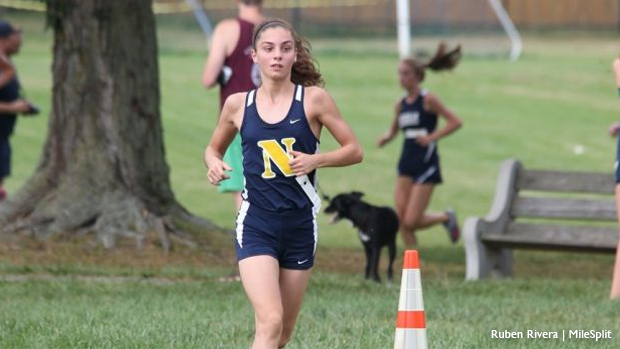 We have a new name on the New Jersey cross country scene! Toms River North freshman Jade Tricomy won the varsity "Fastest 4" race on Saturday at the Roxbury Invitational. She crossed the line at 19:31, almost 13 seconds ahead of second place Lucy Jeffs of Mendham.  Tricomy's time ranks her 50th on the meet's historic performances list since 2002.

Toms River North took the official team title in that varsity race but that wasn't all. In the team meet merge, scoring the top five competitors from all the race divisions combined, Toms River North scored 40 points and averaged 20:30 for their top five. The second team in the merge was Mount Olive with 73 points and an average of 21:19. 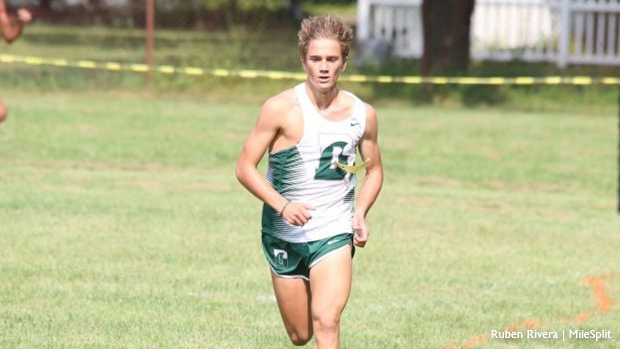 On the boys side Joey DeFeo won the "Fastest 4" race and held the fastest time of the meet at 16:19. This improved upon his 6th place finish last year at this meet when he ran 16:22. DeFeo's one card finish was seven seconds ahead of second place Malik Kosanovich of Seton Hall Prep who recorded a time of 16:26. On the Roxbury meet performance list since 2002, DeFeo moved up to 52nd.

Columbia won the meet's official top four scoring for the Fastest 4 race with 47 points and an average of 17:00. They were led by junior David Ives who finished fourth with a time of 16:34.

When looking at the merge Morris Hills came out on top scoring 91 and averaging 17:17 over their top five fastest. They were led by Alexander Pai who earned fifth running 16:36.

The freshmen 2 mile races were won by Stephen Daly of Delbarton with a time of 11:54 and Shannon Timoney of Mendham who posted a 14:43. Daly's finish was 25 seconds ahead of the pack and set a meet record!