A new feature for NJ MileSplit has come to fruition, Workout Wednesdays. Our very first filming took place at Paul VI with our state leading boys 4x400 meter team.Heading into this workout they had run a NJ#1 time of 3:16.53 at Woodbury Relays that still holds true today.

Filming took place on April 25th as the squad prepared for their run at Penn Relays. At the historic UPenn meet back on April 30th Paul VI won the South Jersey Large School race running 3:17.85. Their time was ranked 14th out of the 568 qualifying times clocked in during the day long event.

Major thanks to Coach Jim Cox and the rest of the Paul VI boys for welcoming me to film their workout.

If you're seeing this on Thursday it technically published at 11:59 PM on Wednesday so celebrate yesterday with this new feature! Didn't want to wait any longer than we did to publish. 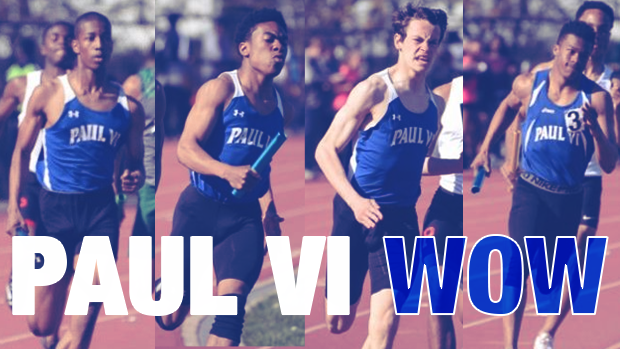