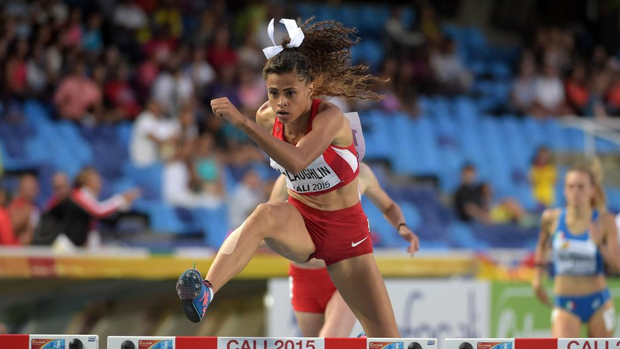 New Jersey's very own Sydney McLaughlin won the 400 meter hurdles at World Youth Championships this summer. She did so setting the meet record with an impressive time of 55.94 and solidifying her undefeated season in the event. Her personal best of 55.28 is only .08 off the national high school record, she holds multiple state and national titles and is only heading into her junior year at Union Catholic Regional High School.

To hear more about her personal experience at World Youth Championships and how she plans to move forward from here we asked her to answer a few questions about her trip and future goals.

All interview questions will be in bold followed by Sydney's answers. We'd like to thank her for taking the time out of her short summer break to answer these for us.

This meet was on a big stage and gave you some early international competition experience. Going forward how do you feel it will help you with future meets and possibly even bigger stages?

Going forward I think that this experience will help me with future meets because I understand the type of atmosphere that international competition creates. It’s a bigger stadium, more people, and a more complex protocol than what I’m used to back in the U.S. In addition, because of this opportunity I know what to look forward to in the international competitions ahead. Having this experience under my belt will give me peace of mind and confidence going into future meets and possibly bigger stages.

Compared to meets you've run here in New Jersey or even national meets in the USA, what stood out as the biggest difference for you in terms of how the meet was run?

What stood out to me about this meet compared to meets here in the US was that the process was much longer. For example, meets in the US you arrive at a decent time, warm up about an hour before your race, check in and then run. But the difference here was that they had a completely different track to warm up on. So you would arrive maybe two and a half hours before your race at the practice track. There you would have a call time, which was by your heat. So I would start my warm up an hour before my call time. Once I was called, they would put me on a shuttle bus which took us by heat to the competition stadium. Once arriving I would check in then go sit in the call room where I would wait until it was my heat’s turn to enter the stadium. So in other words, it was a much longer process.

Was mentally preparing for this race more difficult for you knowing it was at World Youths or did you manage stick to treating it like all of your other races?

Mentally preparing was very hard for me. I am someone who easily gets nervous. Every night before a big race I tend to wake up because I am so nervous. This was a very big meet but I tried mentally to treat it just like any other meet. It was still a track. The hurdles were the still the same height. The only difference was the stage. I was not concerned about anyone but myself because at the end of the day you can’t control anyone but yourself. So if you come out of the race upset, the only person you could blame is yourself. 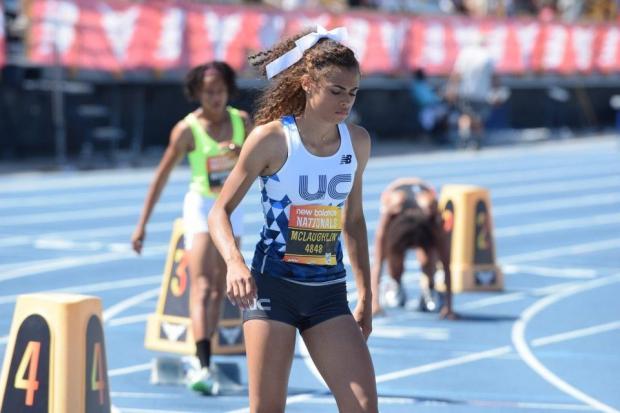 Was this the first time you've traveled out of the country? Were you able to go sightseeing at all while you were there?

Yes this was the first time that I have ever traveled out of the country. It was both scary and exciting for me. We did go sightseeing. We went up the mountains and saw both the city of Cali Columbia and the countryside. Many of the monuments were a bit older so we got to see some of the history. And I think it was good for us to enjoy the trip and not just be focused on the track part of it.

New Jersey's season ended the first week of June and Nationals concluded almost a month before World Youth Championships. What was it like training for this late summer meet?

Training wasn’t very different. I think there wasn’t as much hard work to be done. It was mostly tweaking it to fix any little technical and medical difficulties before the big meet. It definitely was a longer season than what I was used to, but it was to be expected.

What kind of support group traveled over there with you other than the USA team? For instance, were there any family members, Union Catholic teammates, and/or coaches?

My father, my older brother Taylor, and my hurdle coach (Coach Luiz) traveled over to Colombia to support me. I wasn’t able to really hang out with them unless it was in the hotel lobby or at the track. Even though they were the only ones who came, I still had my other friends and family at home cheering me on from behind the screen. 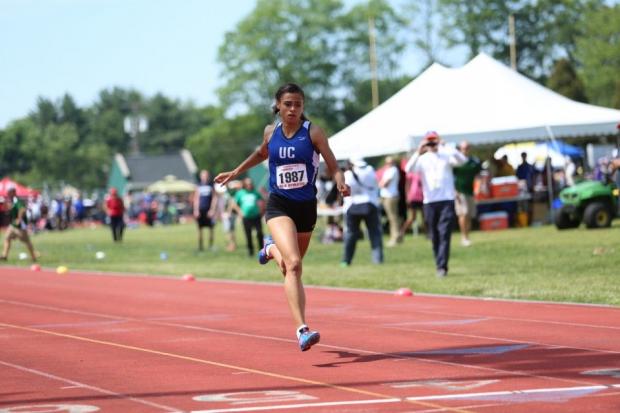 What does winning the World Youth 400m Hurdles title mean to you?

This title means everything to me. This was my season goal. From even indoor I knew I wanted this. Even last year at junior trials when I knew I couldn’t make it. I told myself I would make this one. And that was the first goal. Once I got that, I knew I could reach my goal: just to see all of the hard work pay off. All the workouts, injuries, and potential defeat were finally worth it.

I want to go as far as my body will take me. I know my limits, and as of right now, I see a lot more to go. Of course the Olympic trials are coming up, and being seeded eighth at this point just pushes me to lower my time to be in there with the best that this country has to offer. I’m both nervous and excited. Of course, I have a year to prepare, but the improvements and adjustments I will have to make in order to be successful will be overwhelming… but worth it. This has always been the goal for me. Ever since I was a little girl. And it wouldn’t be a story if I didn’t have a goal at the end of the tunnel. In this case it is Rio.