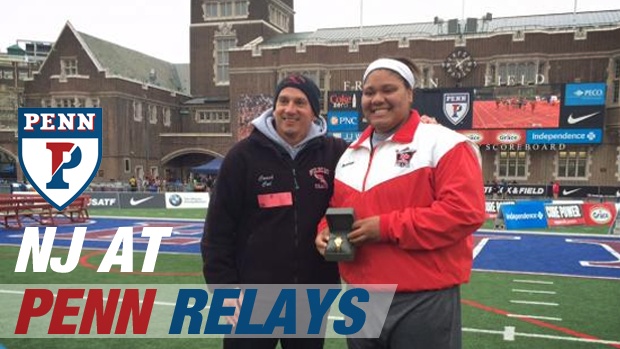 NJ's only Champion from Thursday, Nickolette Dunbar set a state record in the shot put. / Photo by Don Rich for MileSplit

An action packed first day at Penn Relays with a schedule devoted to the girls events. Below are some of the top finishers and qualifiers that moved on to the Championship of America (COA) in their respective event. Each event header is linked to the full results where you can check out who else performed well.

Girls Shot Put Championship | NJ Champion | Nickolette Dunbar of Whippany Park breaks the NJ State Record and Penn Relays Meet Record with a mark of 50-07.75. That is also the new US#1 throw this year. The previous state record was set by Nicole Sims of Plainfield back in 1991 at 49-2.75. Dunbar is coming off a fantastic indoor season where she won the Meet of Champions shot with a throw of 47-11.25 and had a previous season / career best of 48-11.25.

Girls Discus Championship | Alyssa Wilson of Donovan Catholic placed third overall and was the top american in the Girls Discus with a personal best throw of 149-2.25! That is NJ#1 and US#17 so far this year. [Interview] 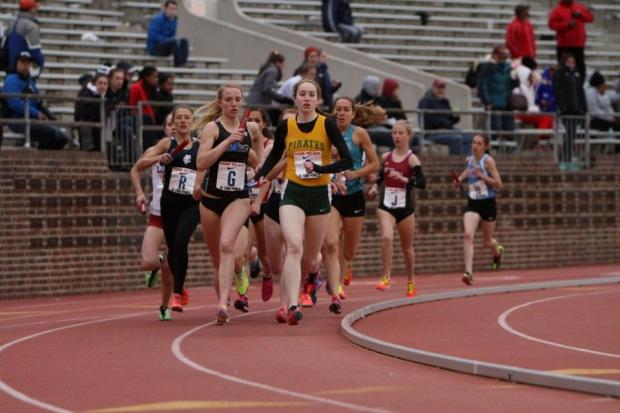 Girls Mile Run Championship | Ciara Roche of Freehold Twp breaks five minutes in the mile placing fourth at Penn Relays! That is NJ#2 on the converted 1600m list. Also placing top ten was Lauren Sapone of Red Bank Regional running 5:06.92 for 10th and NJ#3, Rachel Suss of Metuchen right on her back with a NJ#4 5:06.93. 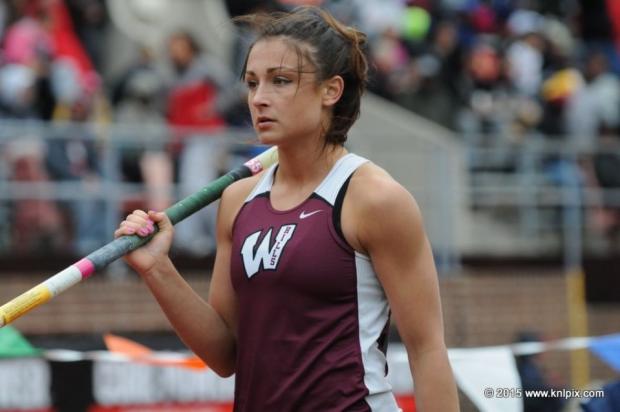 Kristina Langan of Wayne Hills vaulted to a new state leading height on Thursday. / Photo by Kathy Leister for MileSplit

Girls High Jump Championship | Gabrielle Bennett of Winslow Twp was ninth with a height of 5-04.25.