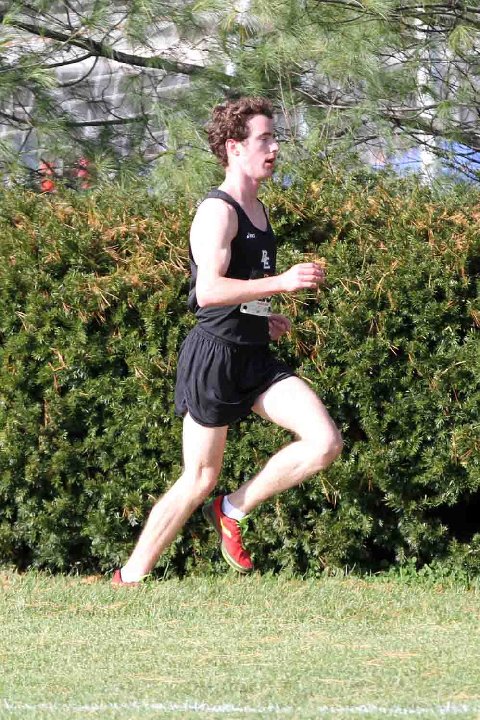 I'm sure the best part of this day for Hutchison was that his team pulled through to enjoy the taste of victory as well. Bishop Eustace Prep scored 32 points, 1-3-7-10-11, and averaged 17:15 for the win.

Below you will find the top five finishers as well as the team performance by the Bishop Eustace scoring runners. 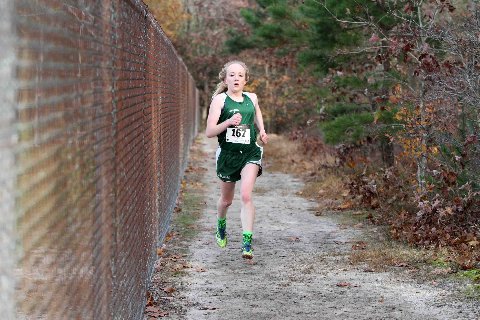 Kelly McHugh of Camden Catholic leading the race on Saturday. / Photo by RunningWorksPics

On the girls side Kelly McHugh of Camden Catholic won her second career Robert Keissling Championship with a time of 19:49, almost 50 seconds ahead of the rest of the field. McHugh placed second last year, behind Stephanie Hiester of Paul VI (now running for Rowan), and McHugh won her sophomore season for her first title back in 2012 running 20:00.

On the team side the Paul VI girls edged out Camden Catholic 30-36 for the championship. Paul VI ran an average of 21:36 and were led by junior Michaela Urbach in second running 20:38.

Below you will find the top five overall finishers as well as the team performance by Paul VI.