Alright New Jersey! Here are some girls highlights from each race at Van Cortlandt Park on Saturday! 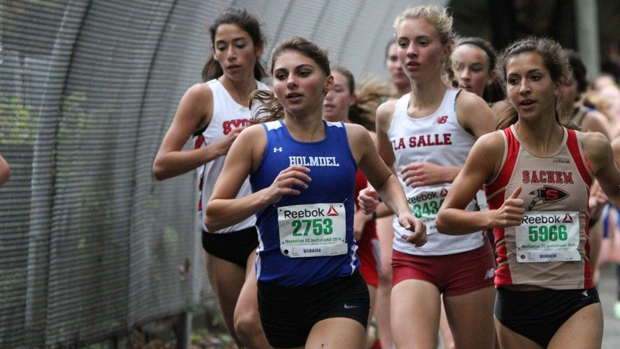 Photo by Dan Pemrick for MileSplit

Marin Warner took seventh in the Eastern States race! With a time of 14:35 she is the second best NJ performance from the meet! She improved her 2013 time by about 48 seconds as well. She's been having a great season so far with two wins leading into this meet. Also running well individually in this race was Epiphany Grisbaum of Ocean City, she placed behind Warner in 8th with a time of 14:42. Red Bank Catholic's MaryKate McNamara was next for Jersey in 19th with 15:15. 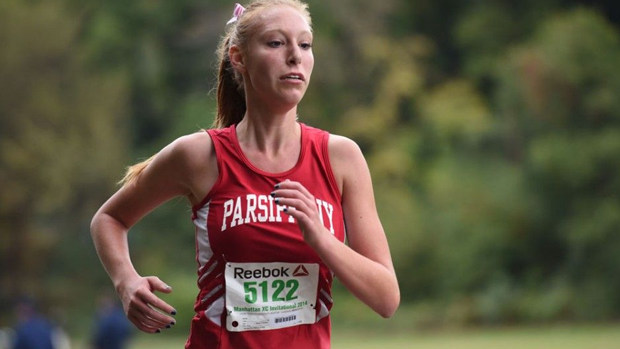 Ally Schlosser leads the New Jersey girls in the Varsity A race, and was 9th among all New Jersey girls times at the meet. After missing out last year due to an injury she improved her 2012 time at Van Cortland from a 16:44 as a freshmen to 15:31 as a junior. 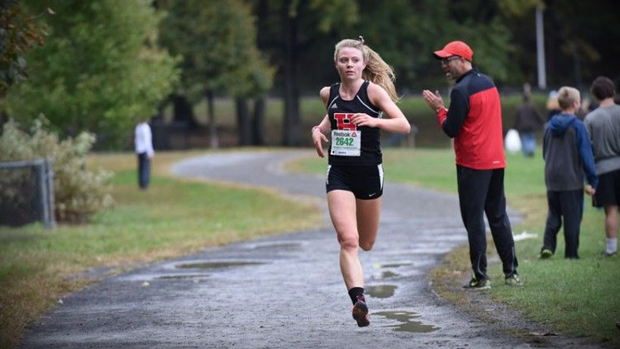 Briana Gess ran a magnificent time of 14:28.9 as a freshmen last year at Manhattan to lead all of New Jersey as she won the varsity E race. This time around the Haddonfield girls found themselves competing in the Varsity B competition. Briana "strolled" home to the finish all alone with a new personal best of 14:25.6. The next best time was 25 seconds behind her.

As a team the Haddonfield girls led New Jersey in Varsity B with a third place finish, only 17 points behind first. They averaged 15:17 scoring 1-20-26-32-46. Breaking 16 minutes for Haddonfield as their number two runner was Meg Schroeter in 20th with a time of 15:59. 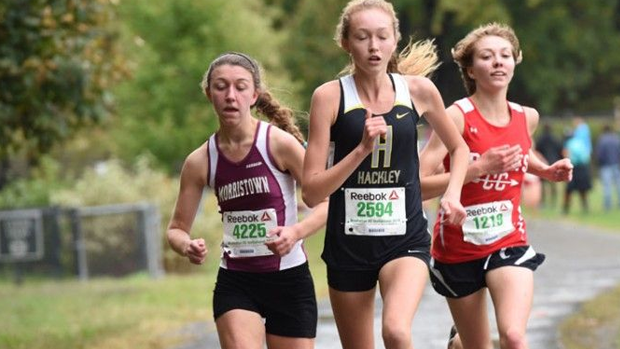 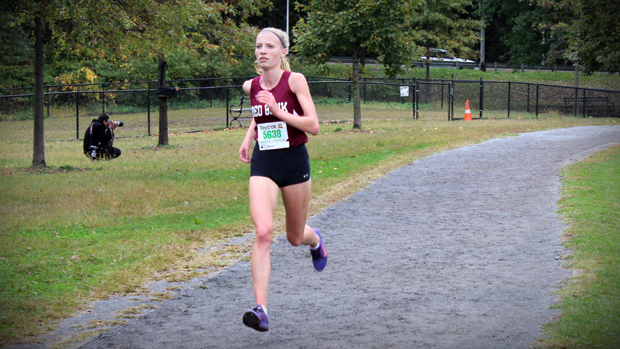 Photo by Robert Kellert for MileSplit

Lauren Sapone of Red Bank Regional* punches home a win after a kick battle with Lisa Fajardo from Bishop Kearney! Lauren has been having a great season so far now with two wins and two second place finishes under her belt. She started off the year in a duel with Grace Dwyer at the Thompson Park Class Meet taking second with a time of 18:53, the following week she won the Varsity C race at Six Flags. She then ran a 19:22 at Holmdel on the washed out Shore Coaches course to place second. This weekend she won the Varsity D race at the Manhattan Invite with a time of 14:58 on the 4000m course. Red Bank Regional would take fourth as a team in the race with 161 points. Interview with her embedded below! 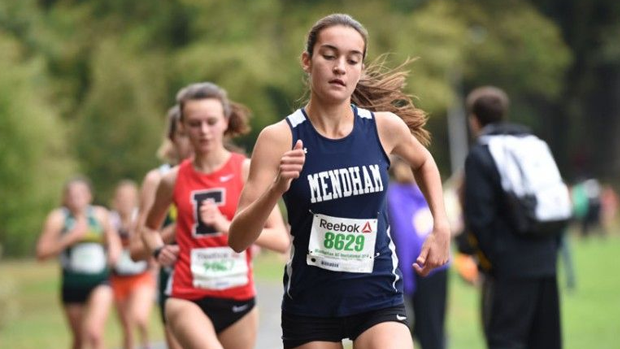 No New Jersey flair in this race.

Boys article will be out as well!