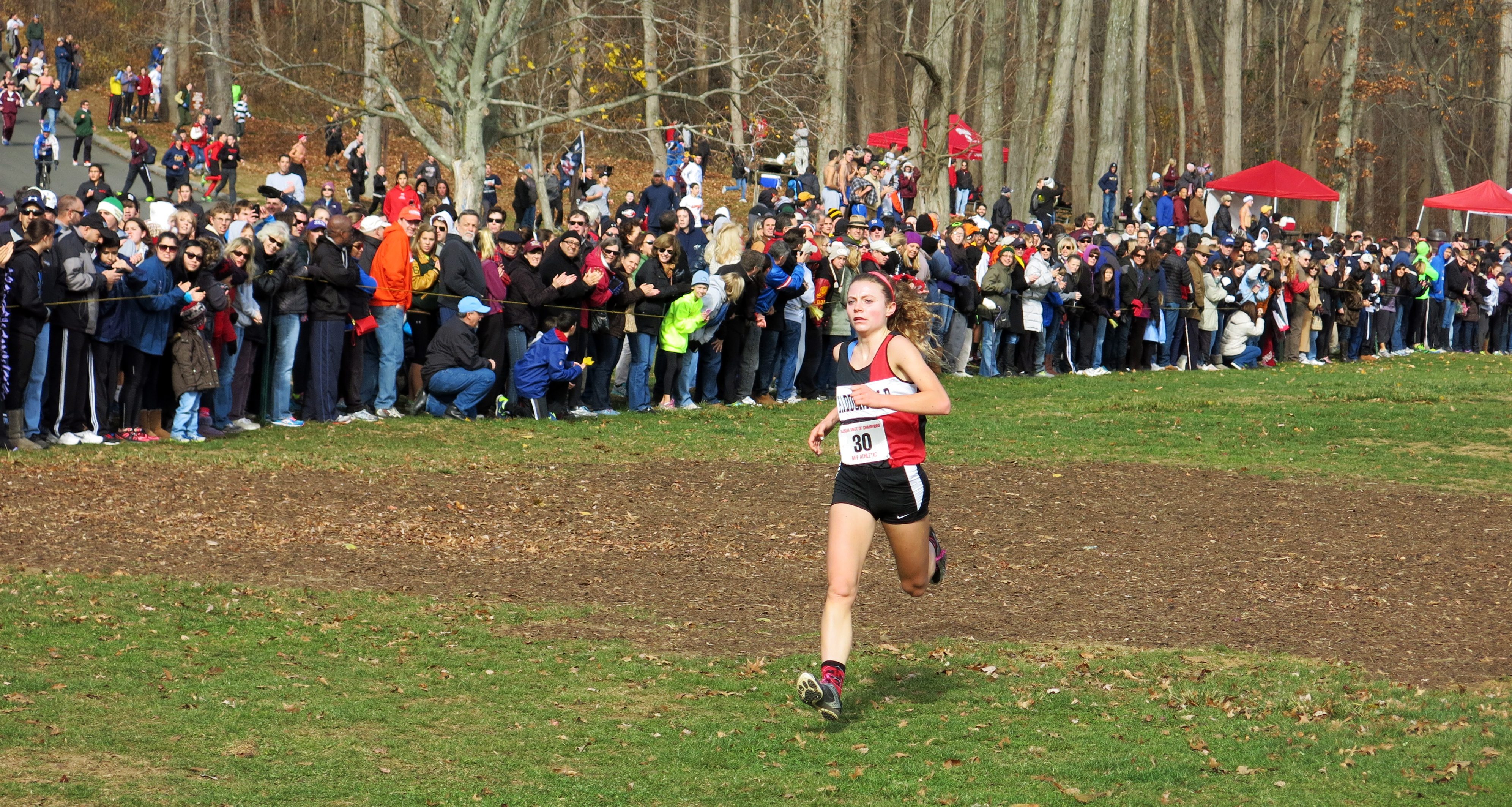 Briana Gess coming down the final stretch all alone at the 2013 NJ State MOCs. / Photo by Robert Kellert for MileSplit

During a feature interview with the state's best distance running sophomore Briana Gess we were interested to see if she was heading back to basketball this winter or venturing to indoor running.

After winning the New Jersey Meet of Champions with a time of 17:45 as a freshmen during cross country the star Haddonfield Memorial runner decided to head over to another sport she loves and jumped on the basketball court.

It wasn't a hard decision for Briana, "I figured that if I was going to play I might as well play freshman year. It was hard to fit in runs with games. basketball practice, and schoolwork but I found a way to run a couple of days a week. Sometimes I would go the weight room and lift and run on the treadmill before practice. Our team was really good and we all had so much fun playing together."

In fact the time away from racing may have granted her that mental edge heading into her freshmen year of spring track, a season that picked up right where she left off during cross country a few months before.

Briana noted this in the interview, "I think a break during the winter season absolutely helped me mentally because I tend to get really worked up before races and it's exhausting after a whole season. So with a break in the winter by the time spring came I was ready to race again."

She must have been ready! She was red hot throughout the state meet season and finished it off with another Meet of Champions gold medal. This time by out dueling other talented runners in the 1600m with a time of 4:45.97. (You can watch that awesome race here through this link if you have Insider)

Even with how well she responded to the break away from the track she says she will probably be running this indoor season.

Briana commented, "Physically, although my mileage wasn't as high as I had hoped to keep it, I think that the lateral movement and sprints in basketball helped me get faster on the track. I think this year I'm going to run winter track though, but maybe not compete until it gets closer to states that way I can still take a mental break."

When Briana joins the ranks this indoor she will be bringing an undefeated record in the 1600m from outdoor. She ran the event five times last spring, all attempts were under five minutes and she showcases a personal best of 4:45.97.

Let's not get too ahead of ourselves just yet though. We still have the pleasure of enjoying the beautiful fall weather cross country season ahead of us! Good luck this season Briana!

You can read the full interview with Haddonfield's Brian Gess right here!