As we see some of the great athletes that we have all had the honor of following close the chapter to their high school careers we have new stars emerging this year. 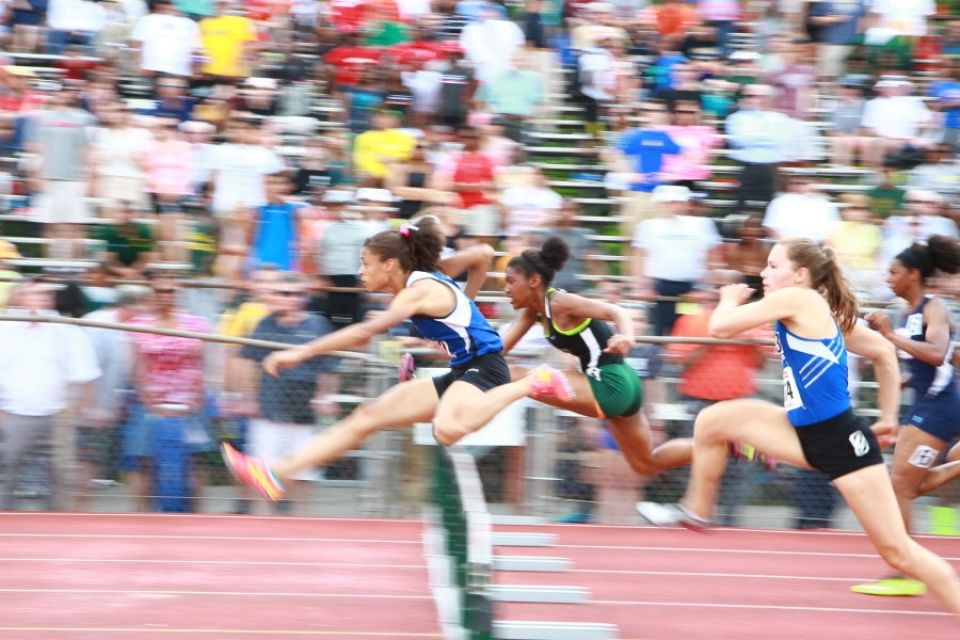 Sydeny McLaughlin leading the 100 meter hurdles at MOcs on Wednesday. / Photo by Mike Dennis for MileSplit

Her 400 meter hurdles performance is the new Meet of Champions meet record, which breaks Amber Allen's 58.44 second performance from 2009. She also just barely missed the state record of 56.83 set by Krystal Cantey of Winslow in 2005. Just a meet earlier McLaughlin had broken the national freshmen record in the event with a 58.24 at groups.

During her 100 meter hurdles she broke the national record for 14 year olds and it was only the trials! She advanced to finals with her time of 13.62 and then sealed the deal with a 13.47 to win gold.

She'll be attending New Balance Nationals so keep an eye out for that!

"It was a really amazing year, not something I would ever think would happen. And it just shows me what I can do in the future." - Sydney McLaughlin speaking with Pat Montferrat after the race. 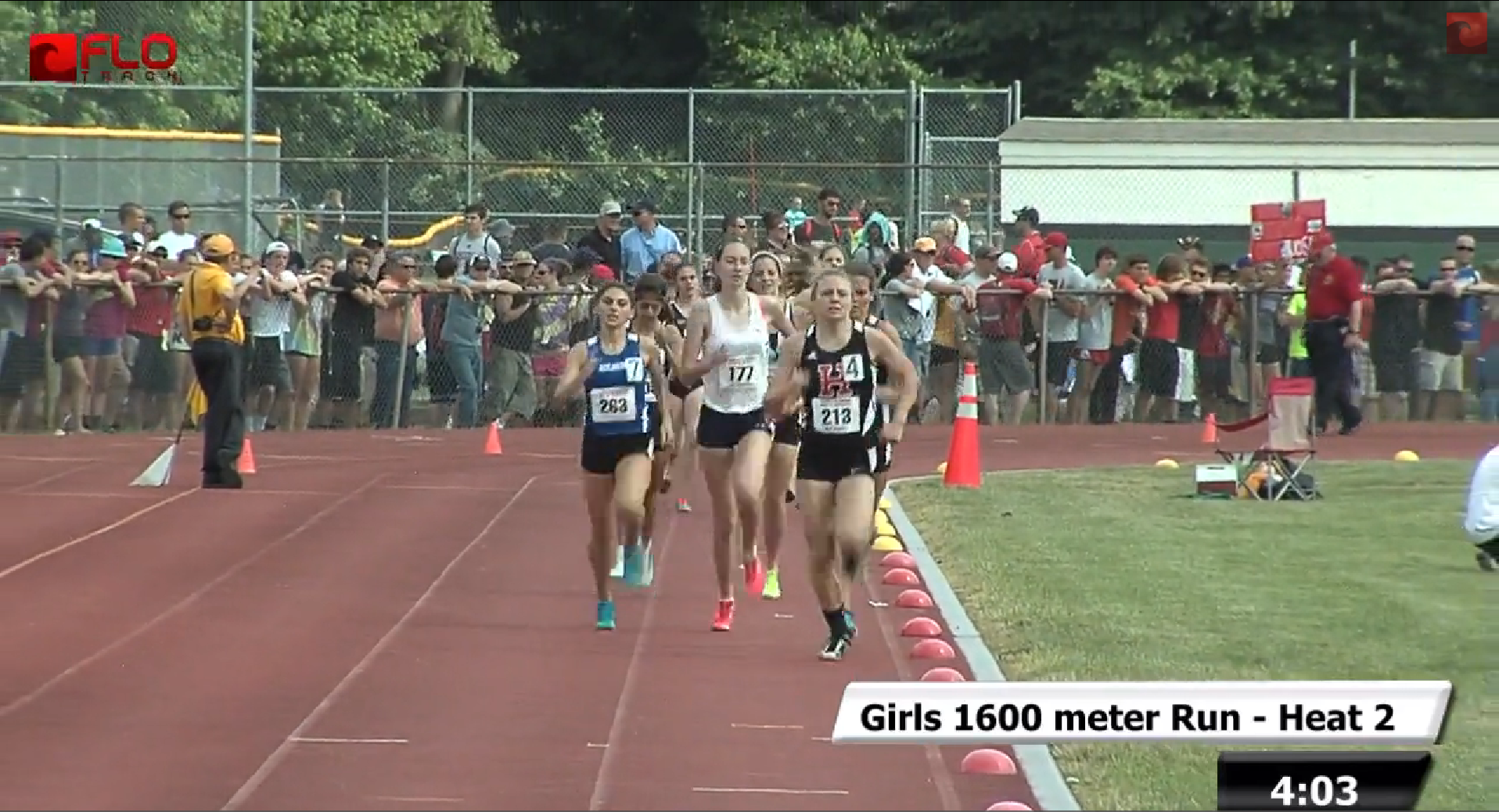 Briana Gess the star freshman distance runner from Haddonfield Memorial won the Meet of Champions 1600 meter race with a time of 4:45.97. That performance places her as the state leader NJ#1 and US#15. Gess took the lead with a final push on the bell lap and never looked back. Gess is now a career 5-0 in the 1600 meter run, all of her times came in under 5 minutes.

Bria Mack of Williamstown HS took 5th in the 100 meter dash finals with a 12.06 run (wind aided +3), she had a 12.15 in prelims non-wind aided. The meet previous at Groups she outleaned the great Olivia Baker at the line to win the group title as well. Mack also raced in the 200m dash taking 13th overall with a 24.93. Another rising star in the making.

Kaitlyn Bonnet of Haddonfield Memorial took ninth place overall in the 800 meter run winning the non-seeded heat with a time of 2:14.42. This was a personal best of over a second, her previous was run during the group meet a time of 2:15.79 for third in the Group meet.

Julia Dannenbaum of the Pingry School cleared 11-00 for seventh in the pole vault, there were two other vaulters tied for 5th at 11-00, and three of the athletes ahead of her are seniors graduating.

Cory Poole of East Orange Campus placed tenth in the 400m hurdles with a personal best time of 54.93. Seven of the nine athletes that finished ahead of him are leaving as seniors.

Miles Melton of Cedar Creek took sixth in the long jump with a leap of 22-04.25. There were three seniors ahead of him. Melton's personal best during his freshman campaign is 22-9.75 from the Cape Atlantic League Championships.