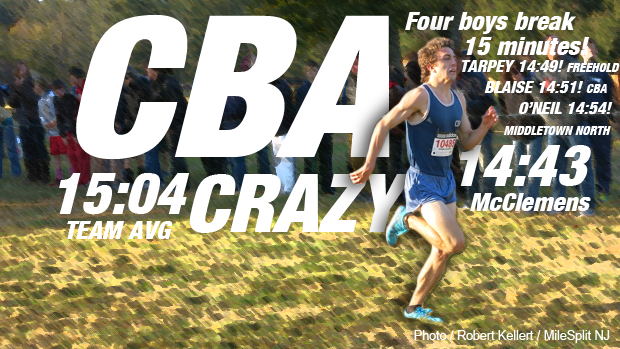 Insanity occurred at Ocean County Park Thursday afternoon as Christian Brothers Academy rocked a 15:04 average to win the team Shore Conference Boys Championship. They were lead by Mike McClemens who won individually with a 14:43 setting the course meet record! He was followed by three other boys who broke 15 minutes in one of the fastest races if not the fastest race ever in NJ. Those sub 15 athletes included second place Dylan Tarpey of Freehold Twp (14:49), Blaise Ferro of CBA (14:51), and Tom O'Neill of Middletown North (14:54). 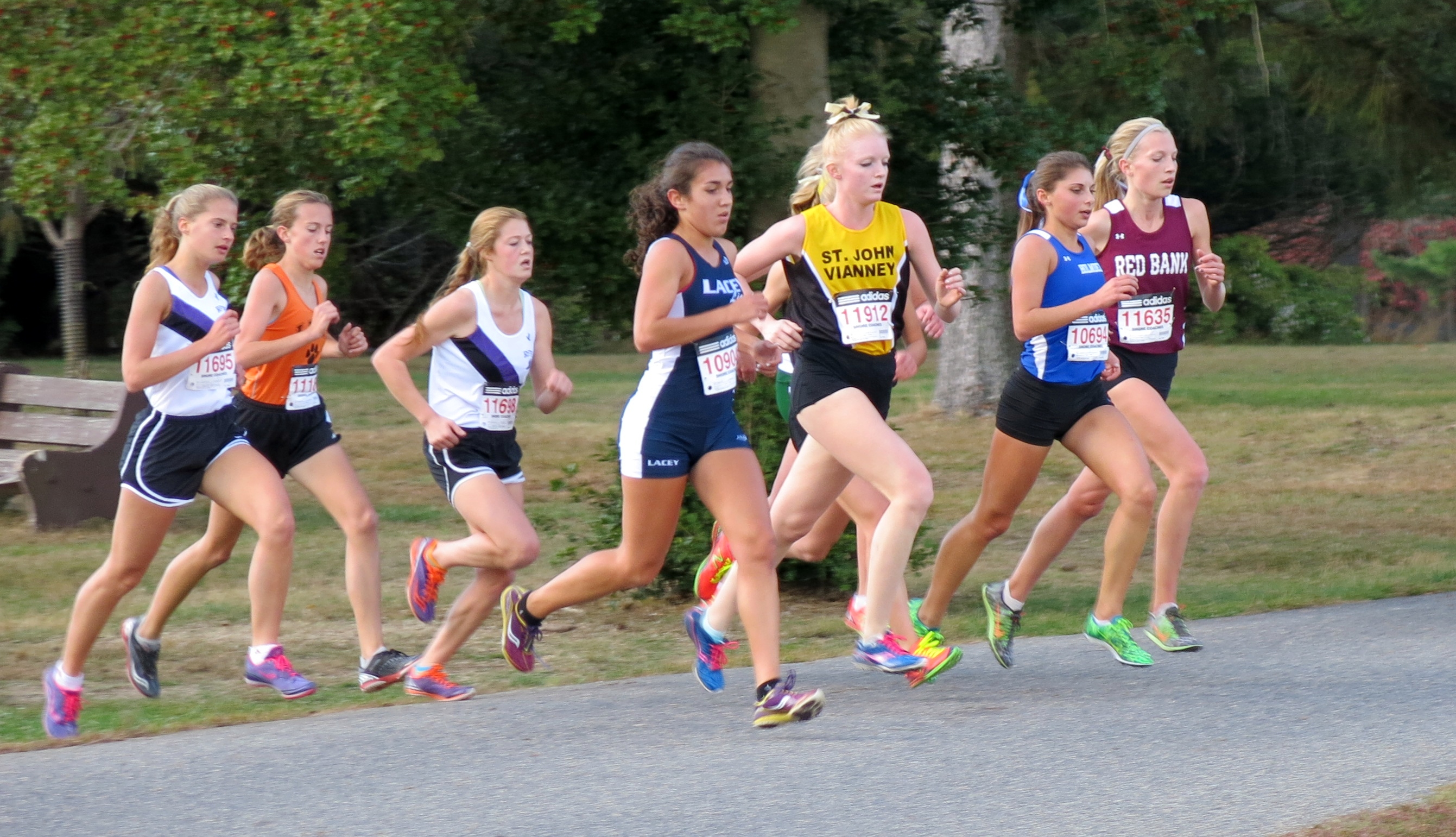 Girls section was a battle all race at Shore Conference. Photo / Robert Kellert for MileSplit

On the girls side Marin Warner of Holmdel continues to show that she's a contender this year as she takes 1st with a 17:28!! She ran 18:17 last year, what a jump lots of hard work there. She was in a tight battle for the whole race with Danielle Leavitt of Lacey (17:31) who placed 2nd and Courtney Thompson of St. John Vianney (17:36), Lauren Sapone of Red Bank Regional (17:46), Megan Hellman of Rumson-Fair Haven (17:58), and  Eryn Mills of Red Bank Catholic (18:03) who finished in that order.

Red Bank Catholic girls would take the team title with 88 points and a team average of 18:29!

More to come when official results come in, I was lucky enough to be there to see this great racing in person so I gave you what I know so far. 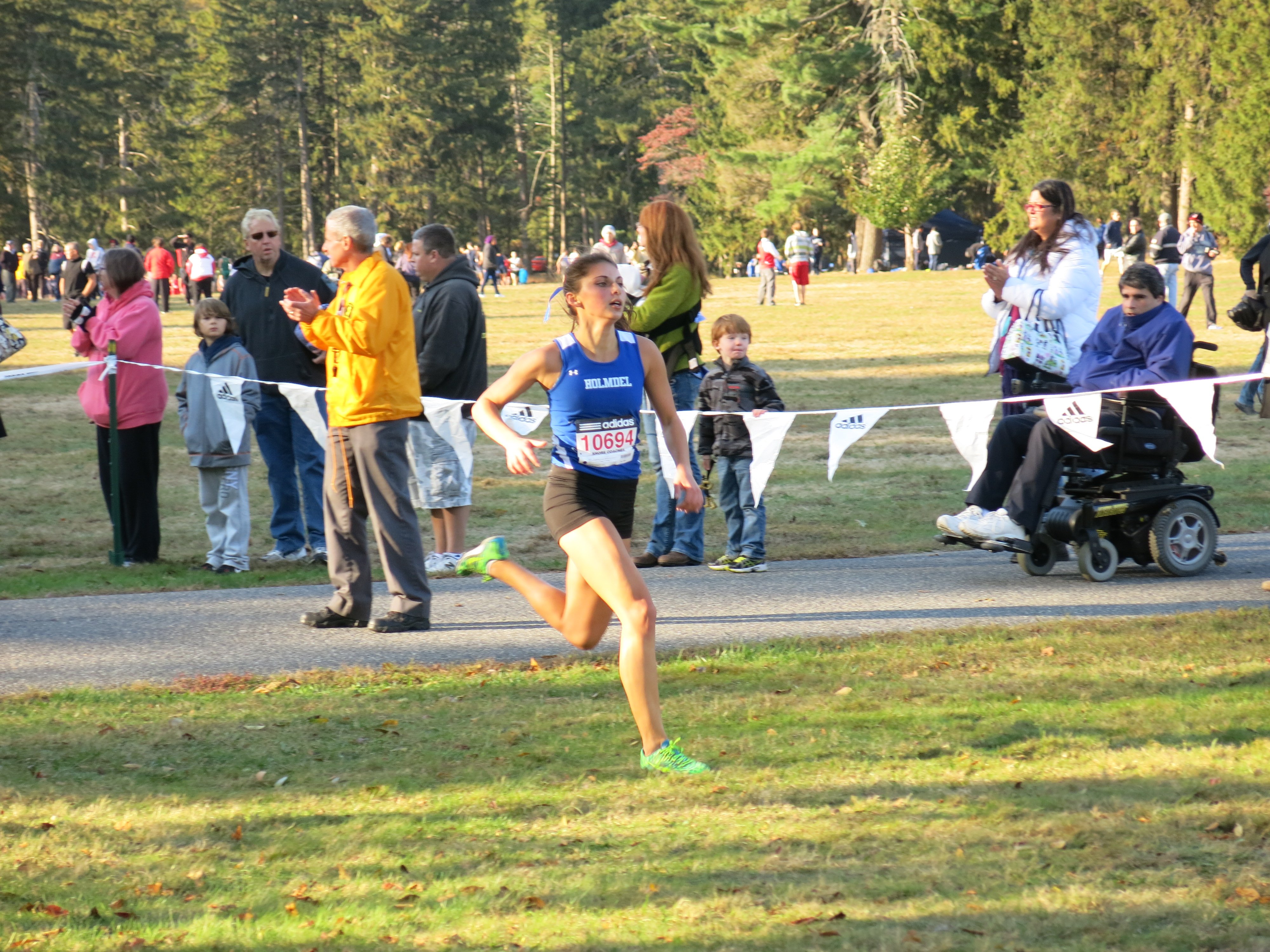 Marin Warner kicking it in at Shore Conference. Photo / Robert Kellert for MileSplit

Christian Brothers wins the boys Shore Conference meet with a team average of 15:04 and 24 points!

Boys varsity and JV both placed 2nd today at the shore conference championships, which are the best finishes in school history

More to come when official results are released!