Watch a quick summary of the changes above.

This past winter the NJSIAA approved a proposal with changes to the cross country advancement out of Groups to the Meet of Champions. This article covers all those adjustments and a quick video has also be made embedded above.

The changes were first announced back in November after the annual Cross Country Committee meeting, which includes coaches from large, small, public and, non-public schools as well as timers and meet officials. After long discussion this committee settled on all the changes below.

The individual wild cards system will remain the same, the top 10 individuals who haven't already qualified either through their team, race, or wild card team will advance.

This will be a two year pilot program to gather additional data for the NJSIAA to review and decide if it is here to stay for good. Sectionals to Group Championships advancement remains the same as it has been in previous years. 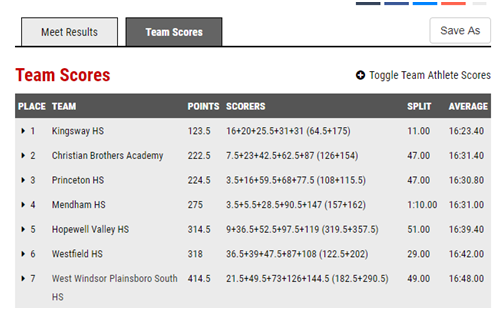